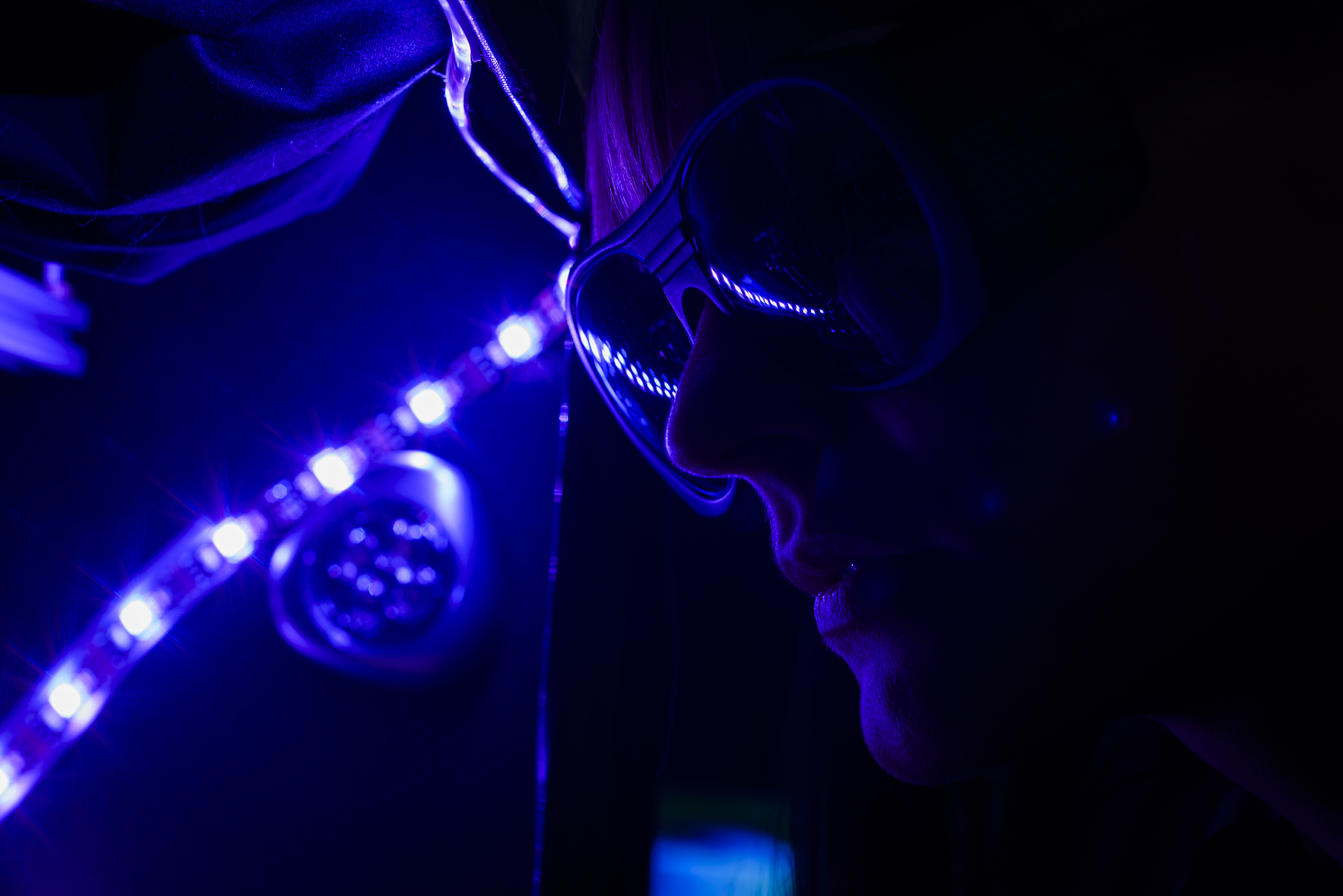 The University of Adelaide is taking measurement and sensing to unprecedented levels of sensitivity, enabling step-change advances in defence, health, astronomy, food and wine.

Safeguarding Australia with the world’s most precise clock

The University of Adelaide-developed “Sapphire Clock” is nothing short of extraordinary. More properly described as a cryogenic sapphire oscillator, its time keeping is accurate to the femtosecond; a 1000-fold improvement on any competing technology. Put another way, it will lose or gain just one second every 40 million years.

The remarkable device, which uses a synthetic sapphire crystal’s natural resonance frequency to maintain a steady oscillating signal, was originally conceived around 30 years ago by Professor Andre Luiten, Director of the University’s Institute for Photonics and Advanced Sensing. Dramatic improvements made by Luiten and his colleagues over the past five-to-six years subsequently lifted its performance to current levels and—critically—prepared it for real-world applications.

The clock’s impact will be widespread, facilitating advances in areas such as quantum computing, astronomy, telecommunications and electronics. But the most immediate benefit will be felt by the Australian Defence Force (ADF).

The Sapphire Clock is currently being integrated into the ADF’s Jindalee Over-The-Horizon Radar Network (JORN) and will significantly improve the already world-leading network’s detection sensitivity.

“Integrating our Sapphire Clock is going to help JORN detect targets that are smaller, further away and moving more slowly,” says project lead Professor Martin O’Connor. “That will give the ADF more time to strategise effective measures to protect our borders and citizens.”

In recognition of the clock’s value, it was recently awarded the Australian Museum’s 2018 Defence Science and Technology Eureka Prize for Outstanding Science in Safeguarding Australia; and according to O’Connor, more advances are on the way. “Over the past 12 months we’ve also been developing a version of the Sapphire Clock for use in air- and shipborne platforms. It’s more compact, uses less power and can cope with high levels of vibration.”

Testing on these adaptations will continue in 2019, as will the University of Adelaide team’s work on two other JORN-supporting technologies. “We’ve also developed ultra-low-noise synthesis technology that converts the Sapphire Clock’s signals into the frequencies the radar needs without affecting the signals’ purity,” continues O’Connor.

Another precision-based University of Adelaide innovation set to revolutionise its field is a novel imaging probe so small that it can be encased within a hypodermic needle. Developed in collaboration with the Australian Research Council Centre of Excellence for Nanoscale BioPhotonics, the resulting technology enables neurosurgeons to see at-risk blood vessels in a patient’s brain as the needle is inserted, and avoid causing potentially fatal bleeds.

According to McLaughlin, the University’s Chair of Biophotonics, the “smart needle” technology recently demonstrated its life-saving potential in a pilot clinical trial.

“We tested the smart needle with 12 patients undergoing neurosurgery and were able to detect when a blood vessel was next to the needle with a success rate of more than 90 per cent.”

Patented in the USA and under examination in Europe, the transformational technology will be manufactured in South Australia by spin-out company Miniprobes Pty Ltd, with McLaughlin a co-director. Not surprisingly, the company is receiving significant international interest.

“Medical device manufacturers have been particularly enthusiastic about where else we can use this technology. For example, we’re now looking at using the smart needle to improve deep brain stimulation for treating Parkinson’s disease.

“We’re also collaborating with Technical University Dresden to adapt the core technology into a new tool to reduce the need for dental X-rays.”

Proving gravitational waves’ existence has been hailed as the most important scientific discovery of our lifetimes. When the twin US LIGO (Laser Interferometer Gravitational-Wave Observatory) detectors simultaneously moved just a billionth of a billionth of a metre in September 2015, humanity gained a fundamentally new “sense” with which to observe the cosmos; and the University of Adelaide had played a critical role.

Now, according to lead researcher Associate Professor Peter Veitch, it’s being taken to the next level. “We’re currently developing new ‘adaptive optics’ systems with advanced optical diagnostics,” he says. “They’ll enable the LIGO and Virgo lasers’ wavefronts to be constantly monitored and adjusted during use, which will significantly increase detection rates and fidelity.”

Even this, however, is only a stepping stone. The University of Adelaide team is already conceiving next-generation detectors. “We’re exploring technology for the next generation of detectors that will use silicon test-mass mirrors cooled to about minus 150oC,” explains Veitch. “We think this could allow detectors to routinely observe gravitational waves from coalescing black holes and neutron stars, and search the universe for previously undetectable new sources.”

Reinforcing light’s versatility as a measurement tool, biophotonics research at the University of Adelaide is now also enabling non-destructive wine, crop and produce testing. A team led by Professor Mark Hutchinson is adapting spectral-change-sensing optic-fibre-based technology to monitor food quality and condition in real time, with no product damage or loss.

The value to producers’ and processors’ bottom lines, says Hutchinson, who directs the national Australian Research Council Centre of Excellence for Nanoscale BioPhotonics, could be significant. “Historically, producers have had to make many of their critical decisions subjectively, based largely on visual inspection and taste testing. Is my wine ready to bottle? Does my beef’s quality justify a higher price? Should I schedule my casual workers to help me harvest in two weeks or three?’

“Our sensing technology enables these decisions to be made with confidence, based on real-time data, without disturbing the product.”

The University of Adelaide team, together with local entrepreneurs, is currently collaborating with prominent Australian winery Yalumba to test their sensors in red and white wine. “We have our light sources and fibres dangling in several barrels, measuring what’s happening as the wine ferments.”

“Typically, only a small number of barrels are ever actually sampled to test wine maturation. But if winemakers knew exactly what every barrel was doing in their vintage they could make big advances in production efficiency and quality.

“Our sensing technology has the capacity to scale to that size without requiring the producer to invest in, or find space for, any additional facilities.”

Another trial is underway at an abattoir, for the first time measuring meat’s quality as carcasses pass by at line-speed. “This makes it possible to objectively assess meat against regulatory grading schedules, such as Meat Standards Australia’s, which directly affect how meat is promoted and priced. In future that grading process could be fully automated.”