Taking up the fight 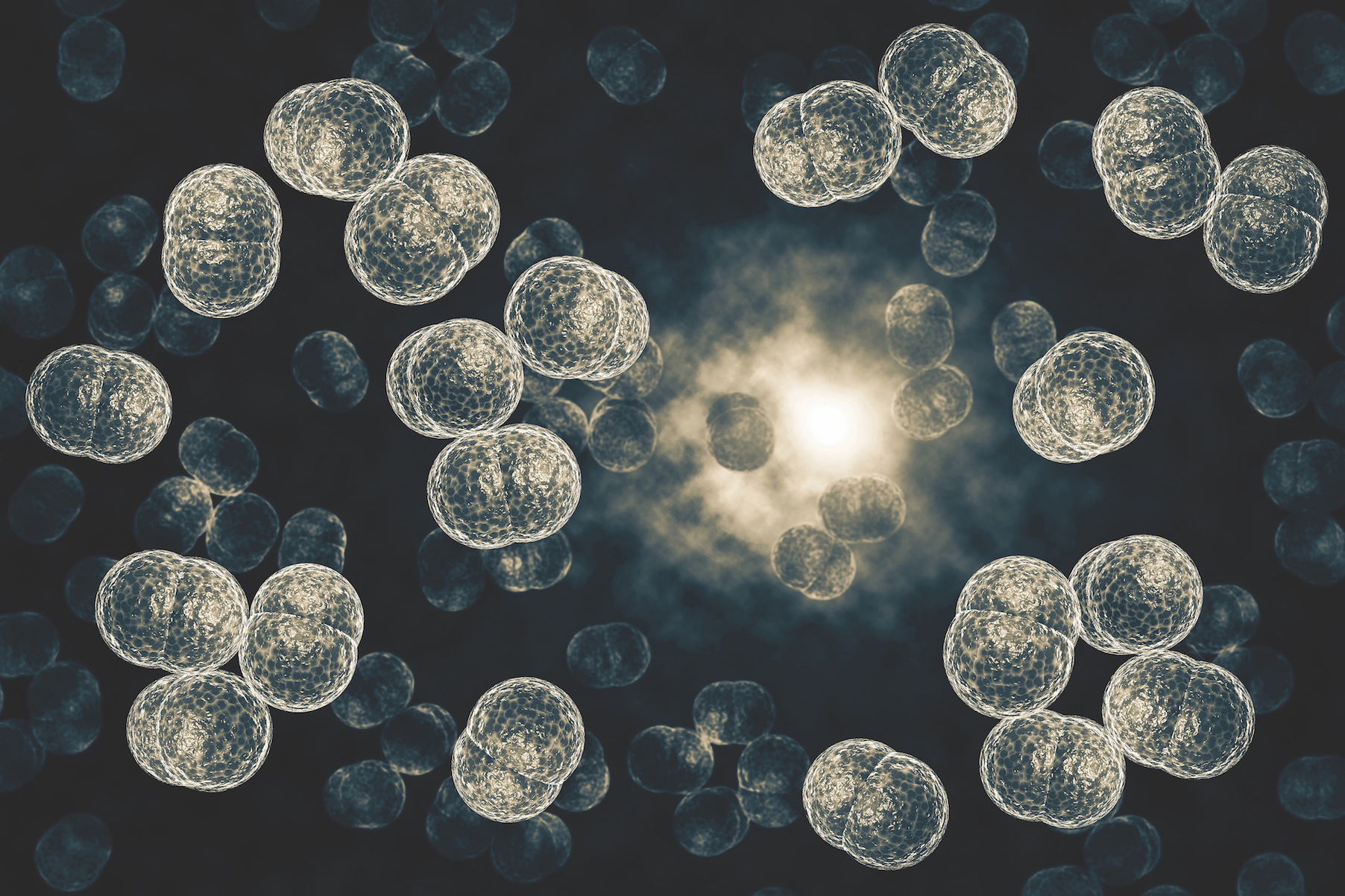 From fighting antibiotic resistance to boosting immunisation’s impact and demystifying neurodevelopmental disability, University of Adelaide scientists are working to give people all over the world a better quality of life.

Attacking superbugs from all sides

To say the rise of antibiotic-resistant bacteria is a serious concern would be somewhat of an understatement. On their current trajectory, “superbugs” could claim up to 10 million lives annually by 2050. Putting that number in perspective, it’s roughly the equivalent of the entire population of London being wiped out every 12 months.

The University of Adelaide is investigating many promising responses. Among them is a new approach to vaccine creation being developed by Professor James Paton, Director of the University’s Research Centre for Infectious Diseases, which involves looking back into microbiological history.

“When [Louis] Pasteur first developed vaccines he would take a disease-causing bug, kill it with heat or chemical treatment, and inject it into the subject to raise antibody responses,” Paton explains. “But those killing methods actually change the bacteria’s surface structure, so the antibodies it raises aren’t a particularly good fit for the live bacteria. We’ve found that using gamma radiation to kill bacteria, however, doesn’t change its surface structure at all.”

Using the gamma irradiation method, Paton and his team have created a whole-cell vaccine that has been shown in testing to be effective against the world’s foremost bacterial pathogen—Streptococcus pneumoniae (pneumococcus), which causes pneumonia, septicaemia, meningitis and otitis media (middle ear infections). “It elicits very good antibody responses against all pneumococcus strains. It’s also completely safe to administer and very cheap to produce.”

The vaccine is being commercialised with spin-out company GPN Vaccines Pty Ltd, with preparations underway to generate clinical-grade vaccine suitable for human trials.

Led by Professor Peter-John Wormald, the group has previously conducted double randomised studies that showed topical therapies were able to remove 80 to 90 per cent of microbial biofilms (bacterial communities), while standard oral antibiotics removed just 10 per cent. Encouraged by this, they’re developing a topical therapy called Def-GaPP-Chitogel, named after its constituent compounds deferiprone and gallium-protoporphyrin, and the surgical hydrogel they’ve been incorporated into—Chitogel.

Also in its favour, bacteria are unlikely to become resistant to the therapy. Dr Katharina Richter, a key researcher in Def-GaPP-Chitogel’s development, says this is the result of disrupting the bacteria’s food pathways, rather than targeting specific bacterial mechanisms like antibiotics do.

“Deferiprone first starves the bacteria of iron—their preferred food source. This makes the superbugs super hungry. Then they can’t resist eating gallium-protoporphyrin, which mimics the bacteria’s favourite iron source, and poisons them. I call it toxic chocolate!”

Investigations into microbiome transplants are likewise progressing. The University of Adelaide group is conducting the first global study to examine the sinus microbiome in health and sinusitis. It has recruited patients from 15 centres around the world, including the universities of Harvard and Stanford, to contribute both healthy and unhealthy rhinosinusitis samples for processing.

Project leader Associate Professor Alkis Psaltis says the team has already collected and analysed over 700 samples to confirm which sinus bacteria promote health and which propagate disease. “We’re hopeful this information will allow the development of prebiotic and probiotic treatments, and even facilitate the development of a sinus mucus transplant. The hospital ENT department I lead has already performed one from a healthy donor to a sinusitis patient with promising early results.”

Rounding out the treatment trio, bacteriophages show similar potential, and particularly for cystic fibrosis (CF) patients. “Phages are wonders,” says Associate Professor Sarah Vreugde, a senior researcher in the area. “Each type destroys just one form of bacteria, and leaves others unharmed.”

The team has completed the first Western study treating chronic sinusitis patients with bacteriophages, with outstanding results. This was particularly so when phages were used in combination with certain medications, which stopped the bacteria developing phage resistance.

A critical component of public health, of course, is prevention, with vaccination playing a significant role. The widespread adoption of immunisation programs in recent decades has had a profound impact worldwide, famously eliminating smallpox and drastically reducing the incidence of conditions like polio, meningitis and measles.

Experts agree, however, that eliminating disease through vaccination more quickly and reliably requires another big step forward. We must harness the additional indirect benefits known as “herd immunity” by understanding what proportion of a community and what age groups need to be immunised to improve whole-community protection. This is vaccination’s ultimate goal—and the University of Adelaide is conducting the world’s largest study on it.

In 2017, the University’s B Part of It program provided 35,000 adolescents across South Australia with free vaccines for meningococcal B, a highly preventable disease that can cause meningitis and sepsis, and still proves fatal in five to 10 per cent of cases. The Adelaide team has since been evaluating the level of protection this afforded both vaccinated and unvaccinated individuals, with full results expected to be released in late 2018.*

According to principal investigator Professor Helen Marshall, the preliminary data are encouraging. “We were very pleased to see all adolescents enrolled in the study in 2017 and 2018 were protected against meningococcal disease, with a reduction in the number of cases in this age group in South Australia,” she says. “There have only been five cases of meningococcal disease in individuals aged 16 to 19 in 2017-18 to date, compared to 17 in 2015-16. This in itself is a great success.

“We have direct evidence that meningococcal B vaccination has protected South Australian adolescents against meningococcal disease; and we’re continuing our analysis to determine whether it has an impact on carriage.”

“We’ve found the best way to increase uptake is to actually make immunisation an integral part of antenatal care,” she says. “If we can create systems that normalise immunisation as part of pregnancy care—like other important pregnancy-related procedures—achieving over 90 per cent uptake, as we see for childhood vaccinations, is a realistic possibility. That would significantly reduce health risks for newborns and mothers alike.”

Another globally significant health issue being investigated at the University of Adelaide is neurodevelopmental disability (NDD), which currently affects up to one in 10 children. A team led by geneticist Professor Jozef Gecz has in recent years distinguished itself as a world leader in unravelling the genetic contribution to many of the disorders on this spectrum, including intellectual disabilities, epilepsies, autisms and cerebral palsies.

“Such knowledge is immediately applicable worldwide for accurate diagnosis, prognosis and—in at least some instances—improved care for children with these disabilities. It’s estimated over half of all individuals with intellectual and developmental disability still don’t have a precise diagnosis.”

Families and health care providers benefit greatly from molecular DNA diagnosis, he adds, as it allows them to better appreciate the extent of clinical complications typically associated with a specific gene mutation. “It’s particularly important at an early age, when parents naturally have many questions about their child’s disability and future development.”

Gecz is confident his team’s findings will not only improve diagnosis, but facilitate development of new approaches to correcting mutated genes’ function, or minimising their malfunction’s “collateral damage”. Next on his own research agenda, however, is looking more deeply into other genetic and non-genetic factors’ role in NDDs’ presentation.

“In some studies we see the genetic mutation being passed on from an unaffected or mildly affected parent, often the mother, to her affected offspring. It’s likely many factors are at play, such as second genetic ‘hits’, polygenic risk contributing through common alleles, or specific DNA, RNA or protein pathways modifying the disease outcome.

“This not only makes diagnosis challenging, but also prognosis.”

*Correct at time of printing.

This entry was posted in Health, Impact stories, Science, THE supplement. Bookmark the permalink.