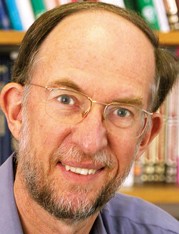 Professor Norman is leader of the NHMRC Program Grant on ‘Periconceptual origins of health and disease’ and has published 300 peer-reviewed publications and one book. He serves on the editorial board of major journals.  His major research contributions have been in IVF and reproductive endocrinology, particularly in PCOS, the effect of lifestyle on reproductive outcomes and periconception medicine.  He is an active reproductive medicine specialist. He serves on the National Health and Medical Research Council’s research and embryo licensing committees.

By focusing on the earliest stages of life, the Robinson Institute is seeking to prevent disease and promote health in children and adults across generations. The Institute brings together a unique blend of clinical, scientific and research leaders with wide-ranging expertise, from epidemiology through to genetics and molecular biology.

Consisting of more than 350 researchers the Institute concentrates on fundamental clinical and scientific discoveries. Our research focuses on the health of women & babies, origins of diseases, reproductive health and stem cell research.

In the area of paediatrics and reproductive medicine, the University of Adelaide has been ranked as highest in the nation under the Excellence in Research Australia (ERA) process.