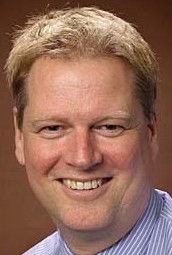 Professor Robert Vink is the NRF Chair of Neurosurgical Research and Head of the School of Medical Sciences at the University of Adelaide. He is one of Australia’s leading researchers in brain injury and has a particular interest in developing and commercializing novel pharmacological approaches to brain protection

Professor Vink was awarded his BSc (Hons) in 1982, and completed a PhD on nuclear magnetic resonance studies of energy transduction at Griffith University in 1986. After a postdoctoral fellowship and then an assitant professorship in the Neurology Department of the University of California at San Francisco, he accepted a Queen Elizabeth II Fellowship at James Cook University in 1988. He subsequently was appointed as a lecturer, and promoted to senior lecturer and then Associate Professor and Head of Department of Physiology and Pharmacology at James Cook University. In 2001, he joined the Department of Pathology at the University of Adelaide becoming Head of Department in 2003.

In 2005 he was appointed to the NRF Chair of Neurosurgical Research and subsequently as the Head of School of Medical Sciences. His research has focussed on the recognition of secondary injury factors that are associated with the development of functional deficits following injury to the central nervous system, and the development of novel pharmacotherapies that improve outcome. He is particularly noted for his discovery and subsequent characterization of the role of magnesium in traumatic brain injury, and more recently for characterizing the role of substance P as a secondary injury factor following brain injury. This work has resulted in a number of patents of pharmacologic treatments that are soon to be entered into clinical trails.