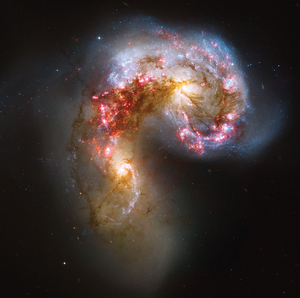 Since 1992, the University of Adelaide has been part of a major international project that is changing the way we “see” the universe.

Located in Argentina, the Pierre Auger Observatory is exclusively observing celestial radiation containing particles up to 100,000,000 times more energetic than any created by man.

In doing so it’s producing a remarkable first view of the universe that is not based on the observation of light, and providing valuable insights into radiation’s role in heating our environment right here in SA.

Auger data was recognised in 2007 as one of the 3 most important results in any scientific field worldwide. In this “illuminating” presentation Professor Roger Clay shows why.

Professor Roger Clay was awarded a PhD from Imperial College, London in 1970 and came to Adelaide in 1971 as a Queen Elizabeth Fellow. He has spent periods of time as Dean of Science and Head of Physics. He was also President of the Astronomical Society of Australia.