Where have the birds gone? 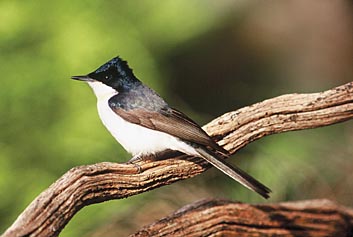 The Mt Lofty Ranges is not the haven for wildlife you might assume it to be. In contrast to Adelaide’s leafy image, less than 10% of our original native vegetation remains.

In fact, the Mt Lofty region is listed as one of Australia’s 10 “Biodiversity Hotspots”. Around half of the area’s native bird species now face regional extinction.

Massive re-establishment of natural woodland habitats is desperately needed – and fast – if we’re to save these species. That, of course, requires a clear plan, world-class research and significant ongoing funding.

Associate Professor David Paton will explain how our precious species could be saved from extinction, and what it would take to get it right.

Associate Professor David C. Paton AM is currently Head of the Discipline of Ecology and Evolutionary Biology at the University of Adelaide. He was a recipient of the Premier’s Science Award for Excellence in 2006 and was appointed a Member in the General Division of the Order of Australia for service to conservation, education and the environment in 2008.

Where have the birds gone? [ 42:13 ] Download
This entry was posted in Biodiversity, Environment, Seminars and tagged Animals, Biodiversity, Ecology, Evolutionary Biology, The Environment Institute, Wildlife. Bookmark the permalink.