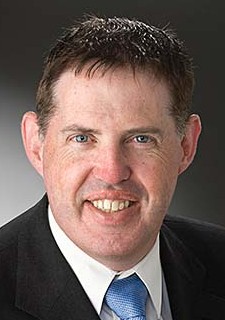 Professor Andrew Stewart is the John Bray Professor of Law at the University of Adelaide. He is also President of the Australian Labour Law Association, consults to national legal firm Piper Alderman and provided technical assistance to the federal government on its Fair Work legislation.

Besides working as a consultant with the national law firm Piper Alderman, Andrew has provided expert advice to the International Labour Organisation, to Federal and State governments in Australia, to the Auditor-General of South Australia and to a wide range of other organisations. He has played a prominent role in the public debate over workplace reforms, and has spoken and written widely about their implications for businesses, workers and unions. Andrew’s recent projects include advising the federal government on the drafting and structure of its Fair Work legislation.

Andrew is the President of the Australian Labour Law Association, Deputy Dean at Adelaide Law School, and a fellow of the Australian Academy of Law. He has previously been Chair of the Committee of Australian Law Deans and President of the Industrial Relations Society of South Australia. Before taking up his current post he worked at the University of Sydney and at Flinders University, where he was Dean of Law from 1994-1997.