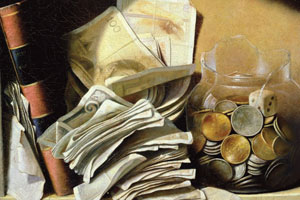 Since emerging in the 1800s, the market-based economy has experienced a tumultuous rise to prominence.

In the early 1900s, international tensions over wealth distribution sparked WWI and the rise of communism and fascism. Then came the Great Depression and a monumental clash of ideologies in WWII and the Cold War.

By century’s end, capitalism had emerged clearly dominant, albeit tempered by governmental controls to protect the disadvantaged and spread opportunity. Prosperity and equality were unprecedented and, broadly speaking, still are.

But a new challenge has emerged: how are we to live in such an interdependent world? Can we address shared threats? Agree on common responsibilities?

In this detailed presentation, the University of Adelaide’s Professor Richard Pomfret will map capitalism’s influential journey and argue that to continue enjoying its benefits we now require a global Age of Fraternity.

Fiscal Fraternity Download
This entry was posted in Seminars. Bookmark the permalink.