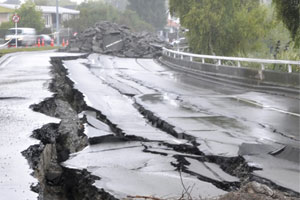 Analysing Adelaide’s risk of a major earthquake, its likely impact and what we’re doing about it

In February 2011 Christchurch experienced its second major seismic event in six months, leaving the city devastated. The magnitude 6.3 quake took 185 lives, caused billions of dollars worth of damage and prompted us to ask an unsettling question: could it happen here?

In this special Research Tuesdays forum, four South Australian experts will discuss the likelihood of a major earthquake hitting Adelaide and our ability to respond. You will also hear how the latest research will inform strategies to prevent the large-scale destruction seen in Christchurch.

Mike Griffith is a Professor in the School of Civil, Environmental and Mining Engineering, University of Adelaide. He sits on Standards Australia’s Australian Earthquake Loading Code committee and leads research into the quake vulnerability of unreinforced masonry buildings and how best to strengthen them. 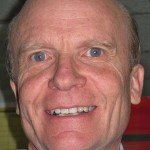 David Love is a Seismologist with the Geological Survey, Department for Manufacturing, Innovation, Trade, Resources and Energy. He has been involved in earthquake loading codes since the Newcastle earthquake of 1989. 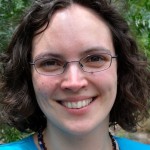 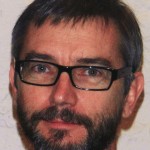 Peter McBean is a Director of engineering firm Wallbridge & Gilbert. He is a Fellow of The Institution of Engineers Australia, Structural Engineering Design Director for the New Royal Adelaide Hospital, and part of the Australian Urban Search and Rescue team sent to Christchurch after the February 2011 quake.

Michael Harbison, International President of the Eastern Regional Organisation for Planning and Housing (EAROPH), and former Lord Mayor of the City of Adelaide (2003-2010)

Quaking with Fear Download
This entry was posted in Seminars. Bookmark the permalink.