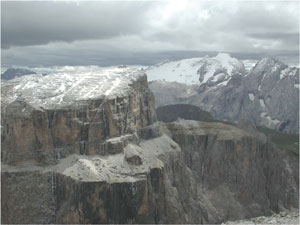 The cycling of carbon is incredibly influential on our planet. It sets temperatures and controls oxygen levels. It provides the fossil fuels that underlie the wealth of our society.

And that importance is only growing. As our rapacious use of coal and oil continues to increase greenhouse emissions, we need to understand the carbon cycle’s impacts with ever greater precision.

Researchers at the University of Adelaide’s Sprigg Geobiology Centre have been investigating this, and their studies of the geologic record have revealed astonishing levels of historical variation in the carbon cycle, along with those variations’ environmental impacts.

The relationship between carbon and the evolution and stability of complex life is being understood with greater clarity than ever before, allowing increasingly accurate predictions of future change.

In this timely presentation, Professor Martin Kennedy will explain how.

Reg’ pioneered energy exploration in South Australia, identified important records of climate change and famously discovered the 535m-year-old Ediacaran Fauna fossils in the Flinders Ranges, one of the most fundamental discoveries of the history of life. He was also a conservationist and established the stunning Arkaroola Wilderness Sanctuary.

The University of Adelaide is proud to honour Reg’s legacy through the Sprigg Geobiology Centre.

Professor Martin Kennedy is Director of the University of Adelaide’s Sprigg Geobiology Centre. He is a former recipient of the prestigious Rubey Fellowship in Geochemistry at the University of California Los Angeles, and a past member of the US National Academy of Sciences Committee on the Importance of Deep Time Climate Research.

This entry was posted in Seminars, Uncategorized. Bookmark the permalink.