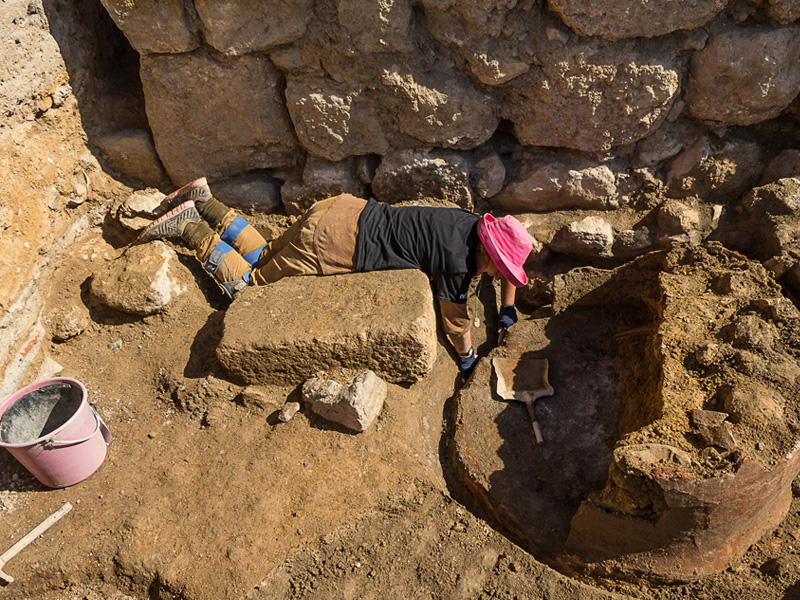 How glass changed the world

It was during the Roman empire that glassware first became a cheap and ubiquitous commodity. Its unique visual and physical properties were coveted by people of vastly different cultures and socio-economic status for use in almost all aspects of private life.

Our understanding of the techniques used to produce glass at this time has increased markedly during the past 15 years, as has our knowledge of the market mechanisms dictating its purchase and sale.

But a recent discovery promises to take this understanding to another level. In January 2013, an Australian archaeological team unearthed the first clearly-identified evidence of a glass-house of the Late Antique period in the modern Hashemite kingdom of Jordan.

In this presentation, the University of Adelaide’s Dr Margaret O’Hea will explore the exciting possibilities it presents for expanding our awareness of small-town business in the 6th and 7th centuries AD.

Dr Margaret O’Hea is Director of the University of Adelaide’s Museum of Classical Archaeology. She has held a life-long interest in the transition from Roman to early Islamic material culture in the region of the Roman Decapolis, and is one of the world’s foremost Late Antiquity glass specialists.

This entry was posted in History, Past Seminars, Seminars, Uncategorized. Bookmark the permalink.