Posted on October 16, 2014 by Velibor Kecojevic 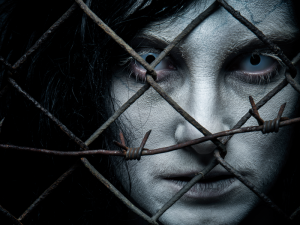 Continuing the country’s rich tradition in the genre, recent French horror films, such as Martyrs (2008), The Pack (2010) and Livid (2011), have terrified audiences throughout much of the world.

Yet beneath the chills and thrills there’s something far more interesting going on. French horror is always “about” something else. The vampire’s a metaphor for AIDS, the zombie for consumerism, and home invasions a reflection of border security fears.

More confronting than tamer American offerings, French horror unsettles at an intellectual, as well as visceral level. And in this engaging presentation, you’ll see each underlying message dragged kicking and screaming into the light.

Ben McCann PhD is an Associate Professor in French Studies at the University of Adelaide. He is a former winner of the Stephen Cole the Elder Award for Excellence in Teaching, and current French Film editor for The Year’s Work in Modern Language Studies, published by the Modern Humanities Research Association.

Ben McCann PhD is an Associate Professor in French Studies at the University of Adelaide.

This entry was posted in Arts & Culture, Past Seminars. Bookmark the permalink.