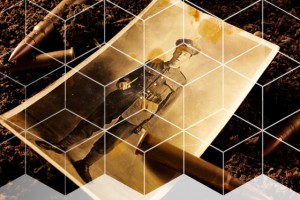 In recognition of this year’s Centenary of the ANZAC Gallipoli landing, the University of Adelaide is delighted to invite you to an information-filled forum to explore some of the occasion’s greatest legacies. You will hear:

We hope you can join us for this significant Research Tuesdays event.

Professor Alexander C. McFarlane AO is Professor of Psychiatry and the Head of the University of Adelaide Centre for Traumatic Stress Studies. He has held the role of Senior Adviser in Psychiatry to the Australian Defence Force and the Department of Veterans Affairs, and has been recognised by the International Society for Traumatic Stress Studies with a Lifetime Achievement Award.

Professor Robin Prior is a Visiting Research Fellow at the University of Adelaide and Professor of History at Flinders University. He was inaugural Head of the School of Humanities and Social Sciences at the Australian Defence Force Academy, where he taught for 22 years, has written six books on WWI, and has been involved in the making of a major documentary on Gallipoli to be screened on Anzac Day 2015 by the ABC.

This entry was posted in Past Seminars, Uncategorized. Bookmark the permalink.