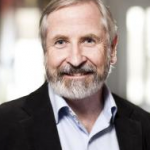 The Robinson Institute’s Ray Rodgers and Katja Hummitzsch have discovered a new type of cell in developing ovaries, and tracked its development to form mature cells critical for normal ovarian function in adult females.

The new findings challenge decades-old assumptions about the way ovaries form: this in turn will have implications for understanding how normal ovaries work but also what might be going wrong in disorders such as polycystic ovary syndrome (PCOS), premature ovarian failure and ovarian cancer.

Published in the open access journal PLOS ONE in February 2013, the results are very exciting, particularly for Ray.

“Having studied ovaries nearly all my career, for my research group to have discovered a new cell type which offers key insight into how these complex organs develop is really something special for me,” he said.

Working on the publication with Ray and Katja were the Robinson Institute’s Helen Irving-Rodgers, Nicholas Hatzirodos and Wendy Bonner, as well as other Australian and international colleagues.  The research was funded by the National Health and Medical Research Council of Australia, the University of Adelaide, the Clive and Vera Ramaciotti Foundation and the Australian Research Council.

The mystery of the developing ovary

Although reproductive biologists are very familiar with the structure of adult ovaries – particularly the egg-producing unit known as the follicle –how the tissue compartments become established and where the specialised cell types come from during development has been a source of some conjecture.  Most biological textbooks state that ovarian granulosa cells – the cells which surround developing eggs in follicles and produce the classic ‘female’ hormone estrogen – develop from epithelial cells which migrate from the external surface of the ovary.

It was the somewhat accidental discovery of an unusual cell type whilst studying cultures of dispersed fetal calf ovaries that made Ray and his coworkers sit up and think. Following some broader consultation and further preliminary exploration,

“We soon realised that what was in the text books on how the ovary develops was not correct,” said Ray.

Instead, Ray and Katja’s new research shows that during fetal development, the newly identified cells, known as GRELs (Gonadal Ridge Epithelial-Like cells), develop, multiply and migrate within the early ovary.  Concurrent with other structural changes, the GRELs are partitioned into small sub-groups of cells – one sub-group is associated with the developing eggs (the oocytes) and another sub-group accumulates towards the external aspect of the ovary.  Each of these sub-groups then develops further to become the estrogen-producing granulosa cells and the surface epithelium respectively.

The end results of this study were only possible following some important, detailed groundwork by the scientists involved.  It took Ray, Katja and their colleagues several years to develop the appropriate tools to properly identify and track the GREL cells, and to distinguish them from other cells also present in ovaries.  This was achieved by growing and studying cells from developing ovaries in the laboratory, and undertaking very detailed analyses of the cell populations and non-cellular structural compartments of ovaries as they developed over time.

“A number of small steps lead us to the complete story,” says Ray.

The importance of structure

Ray and Katja’s research identifies for the first time that GREL cells of the developing cow ovary give rise to two distinct cell types found in separate compartments of the adult ovary – the estrogen-producing granulosa cells surrounding eggs in follicles, and the surface epithelium.  More broadly, the process of describing GREL cells also offered the scientists clear insights into how the structural components seen in adult ovaries come about during development.

Improved knowledge of the cells and structure of the ovary has implications for women’s health, particularly in conditions such as premature ovarian failure and ovarian cancer.  Polycystic ovary syndrome, or PCOS, which is often associated with disruptions in the structure of the ovary, is likely to be one area of focus for Ray moving forward.

“While the research helps our understanding of how follicles develop and shows that the process is relatively simple, a lot more research is required to understand the regulation of key cells. So whilst we have taken one step forward we have probably taken a few back as well,” he says.

“At least we are now on the correct path to discovering more about how the ovaries and their follicles are formed.”