Posted on May 6, 2013 by Robinson Research Institute 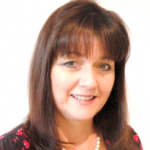 New research published recently by The Robinson Institute’s Helen Marshall and her colleagues shows that an Australian chicken pox vaccination program which commenced in 2006 has been highly successful in reducing severe illness and death due to the varicella virus in children.

The study is important from a public health perspective, offering clear evidence of the importance and enormous benefit of immunisation in reducing severe cases of chicken pox infection. The findings suggest that further increases in uptake of chicken pox vaccine could prevent almost all Australian childhood cases of severe varicella disease and related deaths.

For Helen, who has maintained a keen interest in the uptake and success of the varicella vaccine for the duration of her career, the results are very satisfying.

“The results provide strong evidence that vaccines against chicken pox work well, and can prevent serious illness and death,” she said.

“Now we have the opportunity to use this information to improve public health outcomes further.”

The study, published online in the Pediatric Infectious Diseases Journal, was conducted by Helen working with Michael Gold (School of Paediatrics and Reproductive Health, University of Adelaide) along with other colleagues from the Pediatric Active Enhanced Disease Surveillance (PAEDS) network coordinated by the Australian Paediatric Surveillance Unit and the National Centre for Immunisation Research and Surveillance (Sydney) and funded by the Federal Department of Health and Ageing.

What’s so bad about chicken pox?

Although for most of us infection with the varicella virus results in the typical chicken pox experience of an irritating and weepy rash, for some members of our community the disease is a serious health risk. In children, particularly those whose immune systems are compromised, infection can lead to hospitalisation, long-term health complications and even death.  Prior to the availability of the varicella vaccine in Australia, as many as sixteen children died per year as a result of their infection.

The varicella vaccine was included on Australia’s free National Immunisation Program from 2006. Helen’s study identified and investigated cases of severe varicella disease in Australian paediatric hospitals before (1999-2001) and after (2007-2010) the introduction of the vaccine. The hospitals included the Women’s and Children’s Hospital in South Australia – where Helen is based – as well as three others in Western Australia, New South Wales and Victoria.

The results show that in these four paediatric hospitals, the vaccine resulted in a 68% reduction in the number of children admitted for severe varicella illnesses, as well as reducing to zero the number of varicella-related deaths. In addition, of all associated varicella virus identified in these severe hospitalised cases, none were found to be genetic matches of the vaccine itself.

“In those cases that were admitted to hospital, none were infected with the strain of varicella used in the vaccine,” said Helen.

“This was an important finding, to show that the use of a live – albeit weakened – varicella virus in the vaccine was not resulting in disease”.

The study also identified that immunocompromised children remain at relatively high risk of being admitted to hospital for varicella disease even when a vaccine program is in place.

“We can protect these children in the future by ensuring that they do receive the vaccine if they are competent from an immunological point of view, as well as through better vaccination coverage of their household contacts and the general population,” said Helen.

The study also supports the need for increased awareness about severe varicella both in the community at large and in vaccination providers.

“Most people don’t realise how serious a chicken pox infection can be in children,” said Helen.

“This study is an important first step in showing the efficacy of the vaccine, and providing evidence that its use has a big impact on the health of our children”.

In addition to her varicella work, Helen is also involved in research on vaccines for meningococcal B and whooping cough in her role as Director of the Vaccinology and Immunology Research Trials Unit at the Women’s and Children’s Hospital.