Posted on May 14, 2013 by Robinson Research Institute 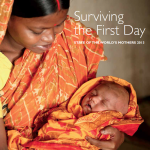 The birth of a child should be a time of wonder and celebration. But for millions of mothers and babies in developing countries, it is a dance with death.

Every year, nearly 3 million babies die within the first month of life, most from preventable causes. More than a third of these babies die on their first day of life – making the birth day the riskiest day for newborns and mothers almost everywhere.

Save the Children’s 14th annual Mothers’ index assesses the well-being of mothers and children in 176 countries. This report shows which countries are doing the best – and which are doing the worst – at preventing newborn and child deaths.

Australia was ranked at number 10 while Congo came in last. 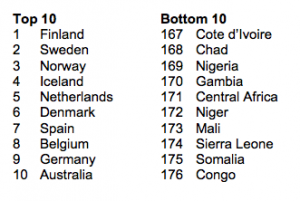 Globally, since 1970, the number of children dying has declined by more than half, even though the population has almost doubled. If the rate of death had stayed constant, more than 31 million children would have died in 2011. Instead, that number was 6.9 million.

Barely a decade ago, in 1999 1 in 5 Rwandan children died before turning 5. In 2011, the child mortality rate in Rwanda had fallen to 1 in 20. Other low income countries, such as Malawi, Bangladesh and Nepal have also made significant progress against enormous odds.