Posted on May 30, 2013 by Robinson Research Institute 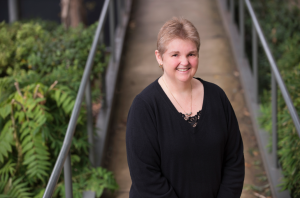 Hospitals in South Australia and across the world are changing the way they manage twin pregnancies thanks to research lead by The Robinson Institute’s Professor Jodie Dodd.

Published in the British Journal of Obstetrics and Gynaecology in June 2012, the Twins Timing of Birth Randomised Trial shows that delivery of twin babies at 37 weeks of gestation reduces the risk of serious health problems in infants when compared with the standard practice of maintaining pregnancy to 38 weeks or beyond.

“In uncomplicated pregnancies, twins can be safely delivered at 37 weeks and indeed are healthier for it,” said Jodie.

“People working in obstetric care are already taking notice of these findings, and are now offering birth at 37 weeks to women with a routine twin pregnancy” she added.

Twin pregnancy: how long is too long?

Under ideal conditions, the end-point of pregnancy – referred to as ‘term’ – occurs when the fetus reaches its intrauterine growth potential and is at peak biological readiness for life outside the womb. In singleton pregnancies, term is considered to be approximately 40 weeks. In twin pregnancies however the picture is more complicated. With two babies competing for resources in the womb, growth becomes restricted late in pregnancy due to limitations of physical space and the diminishing capacity of the placenta (or placentas) to deliver nutrients. Beyond the 38 week mark has historically been considered as ‘post-term’ in twin pregnancies.

The new findings provide strong evidence that the clinical definition of term in an uncomplicated twin pregnancy may in fact be better placed at 37 weeks.

To measure the impact of delivery timing on twin health, Jodie’s study applied the gold standard of clinical assessment: a randomised controlled trial. A total of 235 women pregnant with twins in maternity hospitals in Australia, New Zealand and Italy consented to be randomly allocated to deliver at 37 weeks (the Elective Birth Group) or according to standard delivery procedures (the Standard Care Group – most of whom delivered around 38 weeks or later). Women in each group were similar in terms of race, age, body mass index, use of public/private care and mode of delivery. The study ran between February 2003 – August 2010, and data was collected on the details of each delivery as well as health outcomes of mothers and babies. A composite measure was used as an indicator of serious poor health outcomes in the newborn babies: this factored in birth weight, adverse events at birth, immaturity and infection.

Delivery at 37 weeks better for twins

The results showed that while approximately 12% of twin babies in the Standard Care Group experienced a serious poor health outcome, only about 5% of those in the Elective Care Group had a similar outcome. Statistically speaking, this meant the risk of a serious poor health outcome when delivered at 37 weeks was reduced by more than half compared to the Standard Care Group. The difference was attributed mainly to a greater likelihood for twin babies delivered at 38 weeks or later to have a very low birth weight (in the lowest 3% of all babies born at that gestational age).

Importantly, the health benefits of delivering twins at 37 weeks in this study occurred without any increase in complications associated with infant immaturity and with no detrimental effect on health of the new mothers in the perinatal period.

The results of this study are already having an impact on when twin babies are delivered in South Australia and beyond.

“We’ve had a lot of interest and comments from obstetric centres, and a number of these have already changed their twin delivery management practices.”

Seeing the impact of this work after nine years of research and data analysis, it’s an outcome she is proud of.

“Being able to see clinical practice change as a result of research that is conducted in The Robinson Institute is very satisfying,” says Jodie.

The results of this study will be incorporated into the Perinatal Practice Guideline, the key policy document which guides the delivery of babies in South Australian hospitals and other centres.

“The Perinatal Practice Guideline is available to all maternity centres across the state. It is considered the standard of care to which we are expected to adhere. A lot of hospitals outside the state also model their birthing practices on this guideline,” says Jodie.

Jodie’s next task is to use the results of her study to update the internationally-recognised Cochrane summary relating to this area of obstetrics: Elective delivery of women with a twin pregnancy from 37 weeks’ gestation. This document provides evidence-based clinical recommendations and is the ‘go-to’ document for obstetricians delivering twins around the world.