Full term pregnancies – how long is too long? 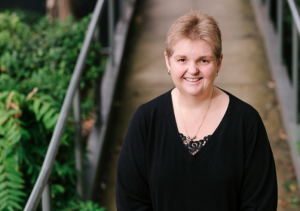 It would seem reasonable to assume that the longer a fetus remains inside the uterus, the better off the baby will be. However the risk of poor health outcomes in babies and mothers can in fact increase when pregnancies continue beyond term.

One of the key decisions to be made by clinicians managing pregnancy is when to induce birth. The Robinson Institute’s Australian Research Centre for Health of Women and Babies (ARCH) is committed to generating and reviewing scientific and clinical evidence relating to the care of women and babies. In 2012 the Centre published two seminal papers relating to best timing of birth for prolonged pregnancies and for twin pregnancies.

Under ideal conditions, the end-point of pregnancy – referred to as ‘term’ – occurs when the fetus reaches its full intrauterine growth potential and is at peak biological readiness for life outside the womb. Term is considered to be approximately 40 weeks, with a normal range between 37 and 42 weeks. Late births are thought to carry an increased chance of complications for both baby and mother. However, because in Australia and other ‘Western’ societies the incidence of most poor birth outcomes is low, it can be hard to measure and compare occurrences on a population level. As a result, a key management issue for obstetric clinicians is to weigh up the risks of inducing birth against those associated with letting pregnancies progress beyond term.

Members are committed to generating an evidence-base to guide best practice birth management, including for extended pregnancies.

“What to do in prolonged pregnancy is controversial as this situation can result in babies dying,” said ARCH Executive Director Philippa Middleton.

During 2012, research groups within the Centre looked at birth timing and pregnancy outcomes in both singleton and twin pregnancies and published two key papers addressing this topic.

To investigate timing of delivery in singleton pregnancies, Philippa along with Clinical Director Professor Caroline Crowther and ARCH member Emer Heatley worked with a colleague at the World Health Organization, Dr Metin Gulmezoglu. The researchers evaluated results from 22 trials (9,383 women) to update the internationally-recognised Cochrane review article ‘Induction of labour for improving birth outcomes for women at or beyond term’. The review compared birth outcomes in pregnancies where labour was induced at 37-42 weeks with birth outcomes in pregnancies that were expectantly managed (i.e. allowed to progress until labour started spontaneously). Although fetal deaths were very rare overall, the pooled data showed that induction of labour at or beyond term prevents children dying. Babies born following induction were approximately 30% less likely to die than those delivered after expectant management. In terms of absolute numbers, one baby death occurred in the induced pregnancy groups, and 13 deaths occurred in the expectant groups.

“Clearly, the data show that induction of labour can save babies’ lives,” said Philippa.

“Since publication, we’re pleased that this research has already had an impact in maternity hospitals,” she added.

“The data has been highly cited and used to formulate and update policies and guidelines on managing prolonged pregnancies around the world.”

In addition to singletons, Research Leader Professor Jodie Dodd was interested in gathering data relating to the best timing of delivery in twin pregnancies. When two babies compete for resources in the womb, growth can become restricted late in pregnancy due to limitations of physical space and the diminishing capacity of the placenta (or placentas) to deliver nutrients. Beyond the 38 week mark has historically been considered as ‘post-term’ in twin pregnancies, although limited evidence suggested that 37 weeks might be a better end-point.

To measure the impact of delivery timing on twin health, Jodie conducted a randomised controlled trial. A total of 235 women pregnant with twins consented to be randomly allocated to deliver at 37 weeks (the Elective Birth Group) or according to standard delivery procedures (the Standard Care Group – most of whom delivered around 38 weeks or later). A composite measure was used as an indicator of serious poor health outcomes in the newborn babies: this factored in birth weight, adverse events at birth, immaturity and infection.

The results showed that while approximately 12% of twin babies in the Standard Care Group experienced a serious poor health outcome, only about 5% of those in the Elective Care Group had a similar outcome. This means the risk of a serious poor health outcome after delivery at 37 weeks was reduced by more than half compared to the Standard Care Group. The difference was attributed mainly to a greater likelihood for twin babies delivered at 38 weeks or later to have a very low birth weight (in the lowest 3% of all babies born at that gestational age).

Importantly, the health benefits of delivering twins at 37 weeks in this study occurred without any increase in complications associated with infant immaturity and with no detrimental effect on health of the new mothers in the perinatal period.

“We’ve had a lot of interest and comments from obstetric centres, and a number of these have already changed their twin delivery management practices.” The results of this study will be incorporated into the Perinatal Practice Guideline, the key policy document which guides the delivery of babies in South Australian hospitals and other centres.

“The Perinatal Practice Guideline is available to all maternity centres across the state. It is considered the standard of care to which we are expected to adhere. A lot of hospitals outside the state also model their birthing practices on this guideline,” says Jodie.

Jodie’s next task is to use the results of her study to update the Cochrane summary relating to this area of obstetrics: ‘Elective delivery of women with a twin pregnancy from 37 weeks’ gestation’.

Together, the two publications show that managed induction of labour in singleton and twin pregnancy can offer health benefi ts for infants. Moving forward, Philippa and Jodie along with their colleagues at ARCH will continue their commitment to conduct, promote and support the preparation and updating of high quality trials and systematic reviews of the evidence on questions of relevance to women and babies in Australia, regionally in South East Asia, and internationally.