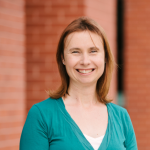 In what is being hailed a world first, A/Prof Wendy Ingman and colleagues have identified a link between hormonal changes and a woman’s risk of developing breast cancer.

The breakthrough research focuses in on the role of immune cells known as macrophages, which are supposed to protect the body, but occasionally drop their guard.

Now scientists know more about why that happens.

They say a woman’s menstrual cycle is a major factor because at certain times of the month, macrophages’ ability to defend the body is impaired.

“It is a Jekyll and Hyde scenario – we need these cells to function normally so that the breast can function, but at the same time they’re letting cancer cells escape detection,” researcher Wendy Ingham said.