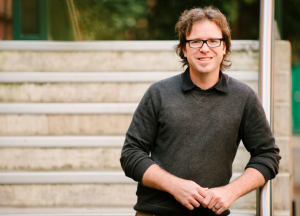 A new focus for understanding the molecular basis of schizophrenia has been identified thanks to research performed by the Robinson Institute’s Quenten Schwarz and colleagues.

The work identifies that a brain protein known as 14-3-3 zeta is important in a mouse model of schizophrenia, and suggests that targeted diagnostic tools and treatment options for humans could be developed through looking further at the roles of this molecule.

“Schizophrenia is clearly a multi-gene disorder, but our data suggests that the 14-3-3 zeta gene and the pathway through which it functions could have some sort of central importance in this disease, ” said Quenten.

Quenten published his research in the high-ranking journal Molecular Psychiatry, along with colleagues at the Robinson Institute, SA Pathology, the University of Adelaide, the University of Putra Malaysia (Kuala Lumpur), the UCSF School of Medicine (San Francisco) and the Mental Health Research Institute (Melbourne). MedVet Laboratories and Australia’s National Health and Medical Research Council provided the research funding.

Slow progress for a common disease

Schizophrenia is a surprisingly common brain condition that affects approximately 1 in 100 Australians following diagnosis in the teen or early adult years. For many sufferers it is a prolonged illness, involving distressing symptoms and disability resulting from disordered thinking, delusions and hallucinations. Schizophrenia is a major cause of suicide, with 50% of sufferers attempting to end their lives.

Schizophrenia is believed to be a disorder resulting from abnormalities in the ways that nerves and organisational centres in the brain develop and form connections. Although environmental and social factors have a role in triggering disease onset, its primary origin is almost certainly in DNA. While there are several known genes linked to disease occurrence in humans, to date this knowledge has had little impact on identifying and treating schizophrenia. As a result, current approaches to both diagnosis and clinical management are non-specific and broad-brush in nature.

Focusing on the brain protein 14-3-3 zeta provides researchers with a fresh way of thinking about schizophrenia and the mechanisms that cause it.

The discovery came by working with mice deficient in 14-3-3 zeta, which were available through Adelaide’s Centre for Cancer Biology. Quenten and his colleagues conducted a detailed study of the behaviour of the mice, and examined the anatomy of their brain and nerve structures.

The research showed that mice deficient in 14-3-3 zeta have key problems in common with patients suffering from schizophrenia. The deficient mice are hyperactive, display erratic behaviour, have a reduced capacity to learn and remember, and show disrupted sensorimotor gating.

“Impaired sensorimotor gating is one of the hallmark positive signs of schizophrenia,” said Quenten.

“It relates to an incapacity to distinguish between sources of information internal and external to self.”

The scientists also found that the 14-3-3 zeta-deficient mice had anatomical differences in their nerves that are similar to abnormalities seen at autopsy in humans with schizophrenia. The deficient mice showed abnormal nerve fibres known as axons, and improperly formed synapses, or connections between adjacent nerve cells. Furthermore, neurons in the hippocampus region of the brain in deficient mice were found to be positioned abnormally. In human schizophrenia patients, the hippocampus is similarly affected.

For Quenten and his colleagues, the behavioural and anatomical evidence taken together provide proof in principle that abnormalities in the 14-3-3 zeta gene and the protein produced by it could be involved in schizophrenia.

“It’s early days, but for us this has been very exciting,” said Quenten.

Quenten’s Neurovascular Research Group at the Robinson Institute along with external collaborators will now conduct further research in their mouse model. In particular, they plan to focus on the possible molecular roles of 14-3-3 zeta, such as guiding nerve and brain development.

“If we understand the molecular mechanisms by which 14-3-3 zeta controls neuronal development, then maybe we can test for things that are going wrong, or modify how these processes take place,” suggests Quenten.

Quenten also plans to expand his research into clinical settings, and has forged new collaborations with this in mind.

“In Adelaide alone, we know there are over 600 patients on the highest level of treatment for schizophrenia. By developing relationships with these patients and the clinicians who manage them, we hope to be able to explore the associations between 14-3-3 zeta levels and schizophrenia in humans,” said Quenten.