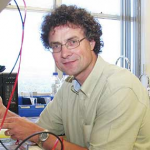 The papers are important not only because they shed light on how some cases of intellectual disability and other brain disorders develop, but also due to broader implications relating to how we understand genes work in general.

“The process of NMD, or nonsense-mediated mRNA decay, is a very important regulator of normal gene expression and cell regulation, ” explained Jozef.

“NMD prevents the production of faulty proteins that could result in unwanted actions as tissues are formed. It’s a complex process, and we’re only at the beginning of unraveling its many layers of involvement in the brain and other aspects of human development.”

To conduct the studies, Jozef worked closely with international and local colleagues, including Lachlan Jolly and Lam Nguyen (School of Paediatrics and Reproductive Health, University of Adelaide). Funding was provided by the NHMRC, the Women’s and Children’s Hospital Foundation and the MS McLeod Foundation.

In all of our cells, proteins that enable normal bodily processes are produced in strict accordance with the sequences of DNA in genes. Defined lengths of DNA act as templates for the production of specific proteins through two steps: transcription and translation. During the transcription step, a sequence of molecules very similar to those found in DNA is generated – this is known as mRNA. NMD operates to ensure that each length of mRNA is of sufficient quality to then be translated into a functional protein. If key abnormalities in the sequence of mRNA are detected, NMD triggers its destruction and stops the process in its tracks.

A number of molecules are involved in NMD: two of the most important of these are UPF3A and UPF3B. In their studies, Jozef and his colleagues were interested in UPF3A, UPF3B and the molecules that interact with them to influence development of the brain.

In the first of Jozef’s studies, Lam Nguyen – a PhD student at the University of Adelaide – looked at NMD genes in patients, including those with known neurodevelopmental syndromes and others presenting with a range of characteristics including speech delay, hearing impairment, ADHD and sensory problems. One of the strengths of the study was the large numbers of subjects recruited to take part. High numbers are critical when looking at diverse disorders like intellectual disability.

“We were able to look at duplications and deletions of 16 different NMD genes in 57,000 patients and 20,000 controls,” explained Jozef.

He found that imbalances in NMD – that is, multiple copies (i.e. 3 instead of 2) or losses (i.e. 1 instead of 2) of key genes – were strongly linked with disability.

“In addition to UPF3B, we discovered UPF3A and another four NMD genes for which variation in their gene copy numbers was significantly associated with neurodevelopmental disorders. ”

“It showed us for the first time that not just one, but indeed a number of these mRNA policing molecules are important for normal development in the brain,” said Jozef.

In the second study, Jozef’s colleague Lachlan Jolly looked at the importance of NMD in immature brain cells known as neural progenitor cells.

“We looked at the role of NMD, and in particular the molecule UPF3B, in behaviour of mouse neural progenitor cells,” said Jozef.

The study showed that UPF3B and the NMD process itself are tightly controlled, being switched on and off to varying degrees over the course of neural progenitor cell development.

“UPF3B seems to be important for promoting cell specialisation and growth of neurites, the cellular arms which mediate connections between brain cells,” explained Jozef.

“Again, the results suggest that normal brain development is precisely controlled by NMD.”

Building a picture of how genes shape development

Scientists have known for around 50 years that genes form the templates for creating proteins to build living organisms. However, there is a less complete understanding of the complex systems that are in place to regulate transcription and translation of DNA. Jozef’s recent publications illustrate how two different approaches – one a genetic study in a group of patients, and the second a laboratory study of developing mouse neurons – can be used to investigate the relationship between regulation of gene translation through NMD and brain development.

Taken together, the new evidence strengthens Jozef’s hypothesis that growth and specialisation of brain cells relies on a balanced system of NMD being in place.

“This has been a fascinating story to see develop,” says Jozef.

“It’s been very satisfying from an interest point of view, and getting to understand the NMD surveillance system better.”

It’s also a good starting platform from which to launch further studies, and not just those that involve brain development.

“It’s been estimated that up to one third of human genetic disorders are due to mutations which truncate – or shorten – proteins,” said Jozef.

“Because it’s NMD which would step in to degrade the relevant mRNA involved in these diseases, this opens the possibility of therapeutic interventions. There are clinical trials currently underway which look at chemicals inhibiting NMD, or making NMD ‘skip’ the mRNA degradation features in order to restore at least partial function of the affected proteins and thus help these patients.”

“However, we clearly need to understand a lot more about this system before we try and manipulate it and potentially cause more harm than good. This is the whole point of my research,” explains Jozef.

Jozef and his colleagues were awarded an NHMRC Project Grant in 2013 to continue their research to determine the roles of NMD in normal cellular development and function in the brain.