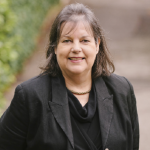 Pregnant women and women planning to become pregnant can make use of the summer holiday season to adjust their diets and reduce the risk of gestational diabetes, according to researchers at the University of Adelaide’s Robinson Institute.

The recommendation comes at a time when there is increasing evidence to suggest that red meat is linked with a higher rate of gestational diabetes in pregnant women, which poses risks to the health of both the mother and the baby.

In a commentary published in this month’s journal Evidence-Based Nursing, author Philippa Middleton says the latest international research shows that women who eat a lot of red and processed meats even before they become pregnant have a significant risk of developing gestational diabetes.

“There have been several reports linking red meat with increased risk of type 2 diabetes, and now the work of a number of research teams worldwide is showing this link for diabetes during pregnancy,” says Ms Middleton, who is one of the Robinson Institute’s research leaders.

“While this news is alarming, there are also some positives. The latest research from the United States has shown that eating fish and poultry does not increase the risk of gestational diabetes, and consuming more vegetable and non-meat protein is associated with a reduction in risk.

“For example, just over half a serving of nuts per day can reduce the risk of gestational diabetes by 40%.”

Ms Middleton says although the link between red meat and diabetes is strengthening, scientists still don’t understand the underlying mechanisms that cause it.

“More research is needed to better understand why this is happening and how to adapt women’s diets and other lifestyle behaviours to prevent both gestational and type 2 diabetes,” she says.

“Based on current evidence, pregnant women or women planning to become pregnant should consider eating more vegetable protein, and nuts, and replacing some red meat with fish and poultry.

“Midwives, dieticians and others involved in pregnancy care can help women to make these dietary changes in the hope of reducing poor outcomes for the mother and the baby,” Ms Middleton says.