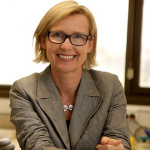 A father’s input is important for his child’s future health right from the moment of conception, with the quality of his seminal fluid playing a major and unique role in that process, according to new research from the University of Adelaide’s Robinson Institute.

Scientists have known for some years that seminal fluid is critical in determining whether or not a couple is able to conceive a child. But University of Adelaide researchers have now discovered that the fluid itself – not just the sperm – influences a range of developmental stages of the offspring, particularly in sons. This in turn affects the chances of developing obesity, diabetes, and other metabolic health conditions.

In laboratory studies, researchers at the University’s Robinson Institute have been studying the complex interactions between male seminal fluid and female reproductive tissues. The latest results are published today in the Proceedings of the National Academy of Sciences(PNAS).

“We know from several studies that obesity in males can be tracked back to the father’s contribution at the moment of conception. But now we’re starting to understand the very complex signals and information being transmitted by the seminal fluid, and it turns out that seminal fluid and female tissues interact in surprising ways,” says Professor Sarah Robertson, research leader and Director of the Robinson Institute at the University of Adelaide.

“We’ve discovered that it’s not just the sperm, but the entire composition of the seminal fluid which has an important role to play in establishing the offspring’s future health, and this is most notably seen in male offspring.

“If the seminal fluid is of poor quality, it affects the female’s capacity to support an embryo. If the embryo manages to survive despite the poor quality seminal fluid, the metabolism of the resulting fetus will be permanently altered, making it more likely to develop a syndrome of metabolic disorders including obesity, high blood pressure and glucose intolerance after birth,” she says.

The study found that seminal fluid contains signals which trigger production of proteins in the female reproductive tract. The balance between proteins which promote embryo survival and those which cause embryo demise are changed according to the signals present in seminal fluid.

Professor Robertson says this new understanding of the role of seminal fluid could lead to better advice and new options for infertile couples.

“It’s clear to us now that the seminal fluid produces signals that the embryo absolutely needs for the best possible start to life. Assisted reproductive techniques, as good as they are today, cannot currently replicate such complexity. Therefore, it’s helpful if we can find other ways to encourage couples to take care of their reproductive health, including men as well as women.” Professor Robertson says.

This research has been funded by the National Health and Medical Research Council (NHMRC) of Australia.