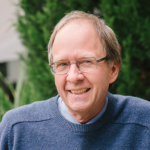 In a study conducted by the University’s School of Population Health and the Robinson Institute, researchers looked at whether a checklist filled out by parents when their child is aged 4-5 years could be used to accurately identify children with high levels of teacher-reported mental health problems at age 6-7 years.

The study was aimed at testing the accuracy of potential screening measures to identify children ‘at risk’ of developing school-related mental health problems in the future. The study used data from more than 2100 children who participated in the Longitudinal Study of Australian Children when they were aged 4-5 and 6-7 years.

“In 2011, it was proposed that the Healthy Kids Check in Australia be extended to include screening for early signs of mental health problems, and this has caused some controversy both within academic circles and the general community,” says lead author of the paper, Dr Alyssa Sawyer, a Postdoctoral Research Fellow in the University’s School of Population Health.

“The difficulty of accurately identifying young children at risk for future mental health problems poses a major challenge, especially for the implementation of effective, targeted intervention programs,” she says.

Dr Sawyer says approximately 25% of the children with high levels of teacher-reported problems at age 6-7 could be correctly identified on the basis of parent reports at age 4-5 years.

“However, approximately 75% of the children identified as ‘at risk’ at age 4-5 years did not go on to experience high levels of problems at age 6-7 years. This speaks to the difficulty of screening being able to clearly identify individual children who will experience a high level of problems two years later when they are in their first years of school.

“These findings suggest that we could potentially reduce the number of children experiencing mental health problems at age 6-7 years by 25%. However, if treatments are stigmatising and expensive then 75% of the children at age 4-5 years who were falsely identified would be put at risk of receiving interventions that they don’t need,” Dr Sawyer says.

Professor Michael Sawyer, Professor of Child and Adolescent Psychiatry with the University’s Robinson Institute and senior co-author of the paper, says there is another major concern: “In Australia, there are relatively few clinicians with the skills to help young people with mental health problems. A large number of children who are deemed ‘at risk’ in a Healthy Kids Check may then be unable to access appropriate treatment. Screening programs can only be valuable if all identified children have access to low-cost, effective and non-stigmatising interventions,” he says.

This study was supported by funding from the National Health and Medical Research Council (NHMRC).