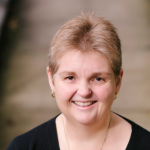 The world’s biggest study offering healthy eating and exercise advice to pregnant women who are overweight or obese has shown a significant reduction in the number of babies born over 4kg in weight.

The LIMIT Study, led by researchers from the University of Adelaide’s Robinson Institute and the Women’s and Children’s Hospital, involved more than 2200 pregnant women from 2008-2011.

In the first major results from the LIMIT Study, published this week in the British Medical Journal, the researchers say that providing advice and assistance to adopt a healthy diet and regular exercise during pregnancy has led to an 18% reduction in the chance of a baby being born over 4kg.

“This is a very important finding,” says the lead author of the study, Professor Jodie Dodd from the University’s Robinson Institute and the Women’s and Children’s Hospital.

“We know that babies who are born over 4kg have a two-fold increased risk of being overweight or obese as children, which often carries into later life, bringing with it a range of health concerns such as cardiovascular disease and diabetes. So we’re pleased to see that the study has led to a significant reduction in the risk of a baby being born over 4kg.

Professor Dodd says overweight and obesity during pregnancy are common, affecting approximately 50% of women, and until now there has been little evidence about the benefit of dietary and lifestyle interventions on clinical outcomes in this group of women.

About half of the women who took part in the study were provided with dietary and lifestyle advice promoting healthy eating and exercise, consistent with current Australian recommendations. The remaining women continued to receive routine antenatal care.

“Our focus was on providing simple, practical lifestyle advice that is very achievable in the real world. It wasn’t about going on a diet, but focused on healthy eating and increasing activity levels on a daily basis,” Professor Dodd says.

“There were no differences in the amount of weight women gained during pregnancy between the two study groups. It will be very important to look in more detail at the changes women have made to their diet and physical activity, and that will be the subject of a future paper.”

This study has been funded by the National Health and Medical Research Council (NHMRC). The full paper can be found at the British Medical Journal website.