Posted on May 29, 2014 by Robinson Research Institute 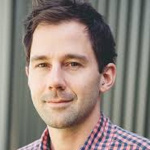 It is well known that there are sex differences in fetal growth in utero. Males are, on average, larger than females at birth – demonstrating that males grow faster in utero. However, this difference in fetal growth has other consequences. Several studies have shown that the sex of the fetus can also influence the risk of pregnancy complications such as preeclampsia and growth restriction. As the placenta mediates fetal-maternal exchange throughout pregnancy, this sexual inequality is most certainly orchestrated by differential placental function.  So how does the male development strategy differ from females, what role does the placenta play and why are males at greater risk? Sam Buckberry, a PhD candidate in the Placental Development Group at the Robinson Research Institute has been conducting extensive genetic analyses to understand how sex-biased gene expression may contribute to sex-specific fetal development strategies in utero and what that could mean for predicting the risk of developing a pregnancy complication.

The nuclei of human cells contain 23 pairs of chromosomes. Of these, 22 pairs are autosomal (identical in male and females) with the 23rd pair known as the sex chromosomes. Females have two X chromosomes while males have one X and one Y – so despite the extensive differences in appearance and physiology, males and females have highly similar genomes. This suggests that many sex differences arise though sex-specific regulation of genes on the autosomes – whereby certain genes are expressed to a higher or lower degree depending on sex – leading to differences at the level of the cell, tissue and organism.

Determining which genes are expressed differently between males and females across an entire genome can be a complicated task as humans have an estimated 20,000 – 25,000 protein-coding genes. There are a number of ways to measure the expression of all of these genes using high-throughput methods such as microarrays or DNA sequencing, both of which produce large amounts of data for each sample. When researchers publish results from studies using these methods they are often required to make the data publicly available. However much of the publicly available gene expression datasets do not provide sex information for the samples.

“In this study we leveraged the power available in publicly available datasets and obtained genome-wide gene expression data for more than 300 placenta samples collected from across the world,” says Sam.

“To overcome this we created software that predicts with a high degree of accuracy the sex of the samples, which then enables us to use these datasets to investigate sex-biased gene expression” he says.

Given that both sexes contain X chromosomes, there is no gene in females that a male doesn’t have. Males on the other hand have a Y chromosome which provides them with unique genes. Using the unique information on the Y chromosome, Sam developed a statistical method to classify the sex of each sample. Following this, Sam and colleagues used the microarray datasets to define how sex-biased gene expression occurs throughout the genome in placental tissue, in an attempt to better understand how male and female fetal growth strategies differ.

“Our results suggest that males invest more in the growth and the development of fetal tissue than they do in maintaining placental tissue” Sam explains.

“In most cases this does not appear to be an issue, but if there is an adverse event or environment such as poor maternal nutrition, males may be unable to respond as well as females, as they have less placental reserve capacity to rely on – this is what makes the male growth strategy a riskier one.”

It is known that the incidence of placental dysfunction and pregnancy complications is different between pregnancies carrying male and female fetuses. For example women carrying a male fetus are more likely to deliver very preterm, have a stillbirth or suffer late pregnancy preeclampsia, whereas women carrying female fetuses are more likely to have early onset preeclampsia or deliver a growth restricted infant. Given that the male growth strategy confers great risk if adversity strikes, it is important to identify what causes this at the level of placental gene regulation.

Sam’s analyses showed that the majority of genes with sex-biased expression are autosomal. Of significance there was higher expression in placentas from female fetuses for the genes that encode human chorionic gonadotropin (hCG).  This is a hormone involved in maternal recognition and maintenance of pregnancy and in regulating maternal immune tolerance of the placenta and fetus. It is also used as a measure of placental function, is a predictor of fetal growth restriction, and is the hormone typically measured in pregnancy tests.

“This higher expression of the hCG gene in females, indicates to us that fetal sex is a significant factor when considering placental function”, says Sam.

“Knowing this, when we want to learn more about the causes of pregnancy complications such as preeclampsia, we know that the sex of the fetus is a significant factor. This is important because if we are to develop accurate tests that can predict the risk of a pregnancy becoming complicated we have an idea of what sex-specific genetic factors we should consider”.

Sam’s PhD supervisor, Professor Claire Roberts is a Pregnancy and Birth Theme Leader and leads the Fetal Growth Research Priority for the Robinson Research Institute. She is determined to uncover how both genetic and epigenetic factors and the environment interact in women who give birth to small or large babies or suffer other pregnancy complications.

“Sam’s genomic analyses are essential in helping us not only understand the impact of sex or genetic pre-disposition, but how these are further affected by environmental factors,” says Claire.

“If we can bring all this information together we will be able to develop effective interventions and prevention strategies to help ensure that all babies are born at a healthy time and healthy weight.”

To test the significance of the findings in placental tissue, Sam also looked at sex bias in genome regulation in the brain and liver.  He found that there were differences in both, but that the differences found in the placenta were unique to that tissue – indicating that these genes are essential to placental function.

While the focus of this study was on placental tissue, the application is much wider and Sam urges researchers to consider sex bias across all fields in human health.

“In a medical setting males and females are mostly treated the same but we know that there are sex biases in many diseases, including adult onset diseases such as heart disease, autoimmune disease and arthritis,” says Sam.

“To change clinical guidelines we need to better understand biological sex differences and gather more evidence about the implications for development and how we treat disease”.

To further contribute to the impact of sex biased gene expression on fetal development Sam and colleagues are extending this research using cutting-edge DNA sequencing technologies.

“Although this was a large study, it has only just given us a glimpse of what the differences could be between the sexes during intrauterine development. We are now extending this work using much more sensitive DNA sequencing technologies which will not only provide greater accuracy, but allow for the identification of novel gene variants and mechanisms that regulate sex-biased gene expression”, says Sam.