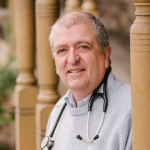 International research involving the University of Adelaide has shown an anti-blood clotting treatment that has been used for more than 20 years to prevent a range of serious pregnancy complications is not effective, while being costly and painful for pregnant women.

Complications that have been linked to blood clotting, or thrombosis, in pregnant women include: clotting of the placenta (placental thrombosis), pre-eclampsia (high blood pressure and increased protein in urine), low birth weight babies, recurrent miscarriage and stillbirth.

Pregnancy carries its own increased risk of thrombosis, but some women have an increased tendency, either because of genetic pre-disposition or because of some other acquired factor.

Since these links were discovered in the 1990s, an anticoagulant called low molecular weight heparin has been used in an attempt to prevent the complications in high-risk pregnant women.

The results of a 10-year study of 292 high-risk pregnant women with a clotting tendency, now published in The Lancet, are “convincingly negative”, according to researchers from Canada, Australia, the UK and the USA. The women were randomly allocated either to treatment or to observation.

“For many years the use of low molecular weight heparin to treat such women has been widely accepted, despite limited research into its effectiveness,” says co-author Professor Bill Hague from the University of Adelaide’s Robinson Research Institute.

“The treatment is expensive and has to be given by daily, or twice daily, painful injections. Nevertheless, there has been a strong view among many clinicians that such treatment is justified on theoretical grounds, in order to prevent significant complications of pregnancy.”

Professor Hague says the study shows that there was no real difference in pregnancy outcome for those women who received the treatment compared with those who did not, with a small increase in minor bleeding complications in the women who were treated.

“We found that the treatment did not reduce the incidence of the primary complications, such as severe or early onset pre-eclampsia, low birth weight, pregnancy loss, or vein blood clots,” he says.

“Given our evidence, we cannot recommend the continued use of this treatment for all pregnant women with a clotting tendency. Further research is required to see if there are small subgroups of women who might benefit from the treatment.”