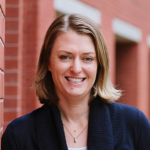 Approximately 16% of the working population in Australia are shift workers, with females accounting for almost half – 48%. Shift workers are at greater risk of developing a range of health problems including increased weight gain, diabetes, cardiovascular disease and even breast cancer. However, working shifts during pregnancy may also negatively affect the developing baby. Dr Tamara Varcoe, an Early Career Fellow at the Robinson Research Institute is focusing her research on understanding the effects of prenatal shift work exposure on not only the mother during her pregnancy, but also on the baby in utero, and whether there are consequences for those babies as they grow and develop into adults.

Humans are diurnal (opposed to nocturnal), and for optimal health should sleep during the night and be active during the day. When working night and rotating shifts, the timing of sleep, activity, food consumption and light exposure is altered. This profoundly affects the circadian system, which in turn may underlie the poor health outcomes observed in shift workers.  Researchers are now seeking to uncover what it is about shift work, and the circadian disruption this creates, that causes these poor health outcomes.

“We have only recently considered the impact of shift work on health and now we need to uncover why shift work negatively effects us – is it because we are eating the wrong foods or food at the wrong time, whether we’re not getting enough sleep, or are stressed and active at night time? Or is something happening with our physiology, for example our metabolic function, that might cause the long term health problems?” said Tamara

Tamara’s current research is looking at the potential health effects of circadian rhythm disruption during pregnancy on the mother and her child.

“Pregnant mothers wouldn’t think that working shifts could harm their baby – and it may not. However, in rodent models we have shown that simulating the same sort of circadian disruption that occurs during shift work has long term implications for the offspring. In particular, the offspring from mothers who were exposed to the circadian disruption went on to show increased adiposity, poorer glucose tolerance and reduced insulin sensitivity. Now the challenge is to determine whether this translates to other species and even humans.”

To simulate a shift work cycle in rats, Tamara manipulated the light cycle and photoperiod. However, rats are nocturnal, they have very short gestations, and their young are born very undeveloped. The next step was to look at other animal models. The obvious choice was sheep, as they too are diurnal and share other key similarities with humans.

“Sheep was always the next logical step for us. They sleep during the night and are awake and eat during the day, they have longer pregnancies (5 months opposed to 21 days for rats) and their lambs are born fairly developed and their organ development proceeds in a similar manner to a human baby,” said Tamara.

Tamara began her work in sheep by investigating whether adult ewes respond to a simulated shift work protocol in the same way that humans respond to working shifts.

“We manipulated the light cycle and photoperiod in sheep to stimulate a shift work cycle like we did in rats. The sheep responded to the changing photoperiod and their behaviour and physiology changed in a similar manner to humans,” explained Tamara.

This work demonstrated that sheep can be used as a model to understand the impact of simulated shift work during pregnancy upon the developing offspring.

“Now that we have demonstrated that shift work affects sheep, we can progress to simulating shift work in pregnant sheep to look at whether the pregnancies go to term, if the lambs are growth restricted, and look at the general health of the lambs at birth. We plan to follow up the lambs at one year (almost adulthood) to see if there are any longer-term health effects.”

Providing similar results to the rats are found in the sheep model, the next step will be to initiate appropriate retrospective and prospective trials in women.

“Human research will be much more expensive, challenging and time consuming, so I want to make sure this research is worth translating before taking the next step. I have not worked in clinical research, however there are many researchers within the Institute who have the skills, knowledge and expertise and will be able to provide guidance as to the next logical steps.”

The outcomes of Tamara’s work will be relevant to researchers all around the world as obesity has been named by the World Health Organization as a global epidemic and is a major risk factor for a number of chronic diseases.

“Currently there are researchers all around the globe focused on preventing and reversing obesity. If this research shows that pregnant mothers who undertake shift work are passing on obesity to their children, then we will be one step closer to piecing the obesity puzzle together.”

“Additionally, pregnant mothers will be able to make informed decisions as to whether they work in industries where shift work is a requirement – for example hospitality, mining and the medical industries. It is expected that we will be flexible in our work but this research could show that we need to take our health into consideration.” Tamara said.

Tamara works in the Robinson Research Institute’s Circadian Physiology research group led by Professor David Kennaway. The group is aiming to uncover how disrupting circadian rhythm impacts upon a range of health issues including reproduction and pregnancy, sleep and metabolic health.

“As a group we have a broad focus on health and circadian rhythm. However, each group member is working in their own specific area, and every research outcome helps to shape and inform the other researchers within our group,” said David.

“It’s not just shift workers who are affected by a disruption to circadian rhythm, but also those who travel across time zones frequently and those who have sleep disorders. Together we are uncovering the what and the why, and Tamara’s research is helping to piece this together.”