Media Release: Cost of lifestyle advice during pregnancy is worth it 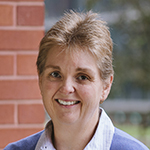 Research from the University of Adelaide shows that the additional cost of providing one-on-one lifestyle advice to overweight and obese women during pregnancy is offset by improved outcomes at birth.

Researchers from the University’s Robinson Research Institute ran an economic evaluation in parallel with the world’s biggest study offering healthy eating and exercise advice to overweight or obese pregnant women.

The results of the economic analysis, published in the journal BMC Obesity, show that a range of improvements in health outcomes led to reduced healthcare costs both for the woman and her infant. This resulted in the project being cost neutral.

“Poor outcomes at birth are associated with significant additional healthcare costs, both for women and their babies. We wanted to know whether or not the lifestyle advice we provided to women was cost effective, as well as helping to impact on clinical outcomes,” says the study’s lead author, Professor Jodie Dodd, from the University of Adelaide’s Robinson Research Institute and the Women’s and Children’s Hospital.

The researchers had previously reported that the women’s changes in diet and physical activity were directly associated with significant improvements in outcomes for babies, such as: a reduction in the number of babies born over 4kg; a reduced chance of moderate to severe respiratory distress syndrome; and reduced length of stay in hospital.

Obesity during pregnancy is a major issue, with approximately 50% of women overweight or obese during pregnancy. This was the first major study of its kind investigating the overall benefits of dietary and lifestyle interventions on this group of women.

“Internationally as well as here in Adelaide, researchers are concerned about the impact of overweight and obesity during pregnancy. Our research indicates that quite modest changes in a woman’s diet while pregnant can significantly impact the health of her baby,” Professor Dodd says.

This week, the international Obesity in Pregnancy Research And Translation Alliance has been meeting in Adelaide to discuss the future of research into obesity in pregnancy.

“How we take the next steps to translate research findings into clinical practice will be important to the future health of our population,” Professor Dodd says.

This research has been funded by the National Health and Medical Research Council (NHMRC).