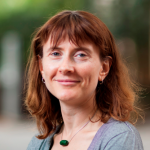 University of Adelaide researchers have discovered a previously unknown link between vitamin D and depression in overweight women with polycystic ovary syndrome (PCOS).

In a study led by Dr Lisa Moran, from the University of Adelaide’s Robinson Research Institute and Monash University’s Monash Centre for Health Research Implementation, researchers looked at the relationship between vitamin D and PCOS. They found PCOS alone is not associated with vitamin D deficiency but that low vitamin D is commonly found in overweight women.

Dr Moran says the study was the first time researchers looked at the interactions between vitamin D, inflammation and mood disorders in women with PCOS.

“PCOS is a common endocrine condition affecting 6-21% of reproductive-aged women and it can be associated with a wide range of reproductive, metabolic and psychological side effects,” says Dr Moran.

“We found for the first time that there is an association between vitamin D levels with both depression and inflammation in overweight women, regardless of whether they have PCOS or not,” says Dr Moran.

“We also found that vitamin D deficiency was common in women generally and there were no differences in vitamin D levels between women with and without PCOS,” she says.

Dr Moran says these findings support further research into treating depression with vitamin D supplements, particularly in women with PCOS, and provides an important insight into this serious condition.

“Further research is needed into the link between vitamin D, inflammation and depression in order to develop the best prevention and treatment measures, but this is an important finding,” she says.

The findings of this research were published in the journal Gynecological Endocrinology.