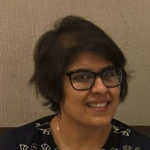 Skin-to-skin contact, early commencement of breastfeeding and hygienic umbilical cord care are among the six key interventions which give an infant the best start to life, according to new research by the University of Adelaide.

The review, published in EBioMedicine, found that the administration of antenatal corticosteroids for women at risk of preterm birth; early initiation of breastfeeding; and kangaroo mother care (skin-to-skin contact) for preterm infants, were effective interventions for reducing neonatal, infant and child deaths. And in low and middle income countries, hygienic umbilical cord care; provision and promotion of the use of insecticide treated bed nets for children; and vitamin A supplementation for children from six months of age, also vastly improve a child’s chance of survival.

“While there have been many great successes in reducing neonatal mortality, the current rate of infant deaths remains too high – 2.9 million newborns around the world do not live beyond their first month of life,” says Ms Lassi.

“There has long been a need for evidence-based interventions and strategies to improve infant and child survival in countries with high incidences of deaths. And this thorough review identified six key interventions, many of which are achievable for mothers living in low and middle income countries.

“Most of the interventions identified are very effective for preterm infants, as deaths from complications from being born too soon are the leading cause of neonatal deaths.

“Encouraging kangaroo mother care not only ensures skin-to-skin contact between the mother and child, but promotes breastfeeding and early recognition of danger signs and illnesses in newborns,” she says. “And breastfeeding soon after birth increases a child’s chance of survival by 44%, in low income countries,” she says.

Associate Professor Philippa Middleton, from the University of Adelaide’s Robinson Research Institute and the Women’s and Children’s Health Research Institute, says while this research focused on countries with high incidences of newborn deaths, the findings are relevant for all parents.

“These interventions are of global significance. Even in Australia, where survival of newborns is amongst the highest in the world, ensuring relevant strategies are put into practice can make a considerable impact on the health and wellbeing of a child,” says Associate Professor Middleton, co-author on the research.

“Use of antenatal corticosteroids is already widespread, but there is room to increase skin-to-skin contact between mother and child, and improve rates of breastfeeding,” she says. [Full Story]