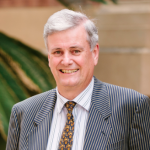 Delayed pregnancy, longer life expectancy, increased disability and myths of unproven alternative therapies are just some of the challenges that will face the University of Adelaide’s newest medical graduates in the future.

“In Darwin’s day, women usually died before the end of reproductive life. But now women face a slow deterioration in health with an average of nine disability years, in the care of others – men have a shorter period of six disability years.

“The rapid evolution and the ascent of mankind’s health are due mostly to major improvements in medical research, education and clinical practice,” he said. “But continuing changes in demographics are going to give new medical graduates very different health care challenges from those we now face.”

Emeritus Professor MacLennan said he was confident the newest University of Adelaide medical graduates had what it takes to address the health challenges that lie ahead.

“When I was born, there were 2 billion people on this earth and now there are 7 billion, with an expectation of 11 billion in the lifetime of today’s medical graduates,” said Emeritus Professor MacLennan.

“The increasing overcrowding on our planet will bring political and health challenges such as more wars, mass starvation, mass migration, pan epidemics and reduced health budgets.

“Despite the growing world population, mostly in underdeveloped countries, in countries such as Australia women are delaying pregnancy and are having less than 2 children per family, with a projected average of 1.4 in Australia by the next decade. It looks as if we are going to have more grandparents than grandchildren.

“We are handing over the health of the nation to our new medical graduates at a time when health care has the potential to deteriorate – partly because of the demographic challenges and partly because of poorly regulated alternative medicines and therapists in Australia.

“So, has the ascent of mankind’s health peaked, will it now decline? Will Australia become the country of the infertile and obese, with few people young enough to look after them?

“Having taught and worked alongside our newest medical graduates, I have great faith that they can meet these challenges,” he said.