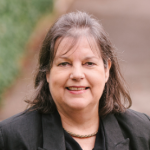 Women from lower socio-economic families face twice the risk of delivering a stillborn baby than their wealthier counterparts, an international study involving the University of Adelaide’s Robinson Research Institute has found.

The international study of stillbirth rates in high-income countries found that the equity gap between rich and poor is contributing to thousands of preventable deaths. The findings are published in The Lancet.

Associate Professor Philippa Middleton, NHMRC Postdoctoral Fellow at the University of Adelaide and the South Australian Health and Medical Research Institute, said it’s important to raise awareness of stillbirth and for women and their health care providers to better understand their risks.

“Factors such as smoking, obesity, type 2 diabetes, illicit drug use, poor maternal metal health and infection can all be associated with having a stillborn baby and each of these risk factors is more common among poorer women,” Associate Professor Middleton said.

Associate Professor Flenady said many stillbirths in disadvantaged families could be prevented.

“We know that disadvantaged women are less likely to receive adequate antenatal care, yet this is vital to allow the early identification of factors which might contribute to a baby being stillborn,” she said.

“Improved education, alleviation of poverty, and improved access to health care that is timely and culturally appropriate are critical for preventing stillbirth deaths in disadvantaged families.”

The study found that high-income countries could reduce the rate of stillbirths by introducing national audits for perinatal death and by funding more research to improve understanding of the causes of stillbirths.

“Stillbirth rate is a key indicator of women’s health and quality of care in pregnancy and childbirth,” Associate Professor Flenady said.

“Our research showed that while stillbirth is more prevalent in low- and middle-income countries, it is still a major health burden in high income countries across the world.”

Australia’s stillbirth rates are significantly higher than the best-performing developed countries, including the Netherlands, which has reduced its rates since 2000.

“Future research is needed to understand the causes of stillbirth, how to predict those at most risk, and to develop effective strategies to reduce obesity and smoking,” Associate Professor Flenady said.

Associate Professor Fran Boyle from UQ’s School of Public Health said there was a need for improved support for families who had experienced stillbirth.

“Stillbirth is a traumatic event that can be made even more difficult for families due to stigma and inadequate bereavement care,” she said.

“Improved care after stillbirth is vital to reducing the many adverse psychological and social consequences of stillbirth.

“This should be provided by appropriately trained health care professionals with a sensitive and seamless transition to community support services in all settings.”

The study was part of The Lancet’s Ending Preventable Stillbirths series, which estimates 98 per cent of the world’s 2.6 million stillbirths each year occur in low- and middle-income countries.

Half of all stillbirths (1.3 million) occur during labour and birth, mainly due to inadequate care.
The series found most stillbirths were preventable, with many attributable to infections during pregnancy (notably malaria and syphilis), non-communicable diseases, and obstetric complications.

The series was led by the London School of Hygiene and Tropical Medicine; the Mater Research Institute, University of Queensland; the Norwegian Institute of Public Health; Save the Children; the United Nations Population Fund (UNFPA); St Mary’s Hospital, University of Manchester; and the International Stillbirth Alliance.