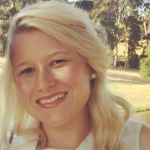 Research from the University of Adelaide has shown a possible benefit of antioxidants and vitamin supplements in preventing adverse health effects passed on from fathers at conception.

The results of the study have now been published in the Nature journal Scientific Reports, and are announced in the lead up to Men’s Health Week (13-19 June).

The research, which was conducted in laboratory studies using under-nourished male mice, provides further evidence that a father’s health at the time of conception is directly passed on to future generations.

“While much of the previous research has considered the impact of overweight or obese fathers on the health of their children, this is one of the first studies of its kind looking at the potential consequences of under-nourished fathers,” says lead author Dr Nicole McPherson from the University of Adelaide’s Robinson Research Institute.

“Under-nutrition is a common affliction, affecting hundreds of millions of adults and children the world over. Because of this, some developing countries provide dietary supplements to both pregnant women and children in the hopes of improving long-term health outcomes.

“However, we now know that the parents’ health at the moment of conception is incredibly important. What we’re seeing from our research is that some form of dietary supplementation may also benefit fathers-to-be,” says Dr McPherson, who is also a member of the Freemasons Foundation Centre for Men’s Health at the University.

In laboratory studies, Dr McPherson and colleagues found that the offspring of under-nourished male mice were often born with low birth weight, and showed evidence of abnormal gene expression and metabolic markers, such as cholesterol and fats. These offspring were prone to health conditions including increased risk of non-communicable diseases, cardiovascular disease and type 2 diabetes, mirroring the situation for human children born in the developing world.

After being fed on a diet containing additional zinc, folate, iron and other vitamin supplements, under-nourished male mice had improved fertility and conceived offspring with much healthier levels of weight at birth. These offspring showed normal gene expression and healthier levels of the same metabolic markers.

“The results are promising, suggesting that nutritional sufficiency is a critical factor in optimising ‘paternal programming’ of offspring,” Dr McPherson says.

“We hope that these findings could eventually be translated into interventions, to help reduce the health burden of under-nutrition to the world,” she says.

This research has been funded by the Bill & Melinda Gates Foundation and the National Health and Medical Research Council (NHMRC).