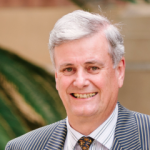 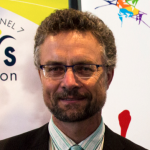 A new international research group has been established to investigate the underlying genetic causes of cerebral palsy, spurred on by the discoveries of University of Adelaide researchers.

The news comes as the Adelaide team behind the new collaboration has been awarded a $1 million grant to continue its groundbreaking work, from The Tenix and Cerebral Palsy Foundations.

The new consortium has grown from the research leadership of Emeritus Professor Alastair MacLennan, AO, and Professor Jozef Gecz, based in the University of Adelaide’s Robinson Research Institute. Professors MacLennan and Gecz and their Australian Cerebral Palsy Research Group have led the field internationally in showing that cerebral palsy is often linked to a genetic susceptibility.

“For decades, it has been the belief that cerebral palsy occurs when a child experiences a lack of oxygen during pregnancy or at birth. However, the evidence shows that at least one in four cerebral palsy cases is associated with genetic mutations,” Emeritus Professor MacLennan says.

“Our research is laying to rest the myth that cerebral palsy often is due to asphyxia or trauma at birth and is preventable by earlier delivery,” Professor MacLennan says.

As several other genomics or neurodevelopmental disorder centres around the world have begun to conduct similar research, the Adelaide researchers have taken the initiative to promote collaboration rather than competition between these research groups.

To that effect, researchers representing the key, active cerebral palsy genomics groups from around the world, as well as representatives from around Australia, have agreed to form an International Cerebral Palsy Genomics Consortium, to foster collaborative research and to set up the world’s first genomics database of cerebral palsy genetic mutations linked to clinical details.

This large genetic and clinical database will be housed at the University of Adelaide.

“Such a register of genetic mutations is a must for our work,” says Professor Gecz, who is Head of Neurogenetics with the University’s Robinson Research Institute, and member of the Healthy Mothers, Babies and Children theme at the South Australian Health and Medical Research Institute (SAHMRI).

“Cerebral palsy is associated with a diverse and large group of either inherited or spontaneous genetic mutations, that may sometimes interact with environmental triggers during pregnancy. This aberrant genetic diversity is also seen in autism and intellectual disability.

“Eventually, we hope this will lead to clinical trials for better management and treatment of cerebral palsy,” Professor Gecz says.

The Adelaide Group is funded by the National Health and Medical Research Council (NHMRC), The Cerebral Palsy Alliance, Channel 7 Children’s Research Foundation and The Tenix Foundation.

“We are incredibly grateful for the support of The Tenix Foundation and the Cerebral Palsy Foundation in what we believe is a critical area of research. Cerebral palsy impacts on the lives of many families the world over, and we want to do everything we can to help prevent, manage and treat this condition,” Professor MacLennan says.