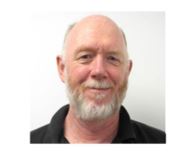 We are delighted to announce that Professor David Haig from Harvard University will present this year’s Lloyd Cox Memorial Lecture on:

When fetal and maternal interests collide – an evolutionary conundrum.

There is an intrinsic assumption that what is good for a pregnant mother, is also good for her developing fetus. The fetus is the mother’s stake in the future, so her body will accommodate and function optimally for its healthy development.

However, pregnancy doesn’t function like this. The fetus has different DNA to the mother, and its needs for survival are different to its mothers. As the fetus grows it manipulates maternal physiology and metabolism to boost its own development.

The mother’s physiology becomes jointly controlled by the mother and fetus. While the fetus signals for increased supply of nutrients, the maternal system becomes resistant to these changes as they do not benefit the mother. This is where maternal-fetal conflict arises and can lead to pregnancy complications.

Come along to free public event where you will learn about this fascinating survival battle, which provides significant insight as to why pregnancy complications arise.

David undertook his Bachelor of Sciences and his Honours and PhD in Biology at Macquarie University in Sydney, before moving to the UK for Postdoctoral work at Oxford University. He was then nominated for the Harvard Society of Fellows, where he has worked since