Australian Bureau of Statistics data on housing finance commitments released last week show some rebound in South Australian home lending activity in early 2017 following a steady decline in the second half of 2016. The number of owner occupied housing finance commitments rose by 0.4 per cent (trend estimate) to 3,856 across South Australia in February 2017, following a 0.1 per cent rise in January – see Figure 1. These increases follow 6 successive months of declines in the second half of 2016.

Over the three months to February 2017, markets experiencing strong and consistent growth in demand for housing finance have been the Australian Capital Territory, Victoria and New South Wales, the latter two markets driven by strong property demand in Melbourne and Sydney. 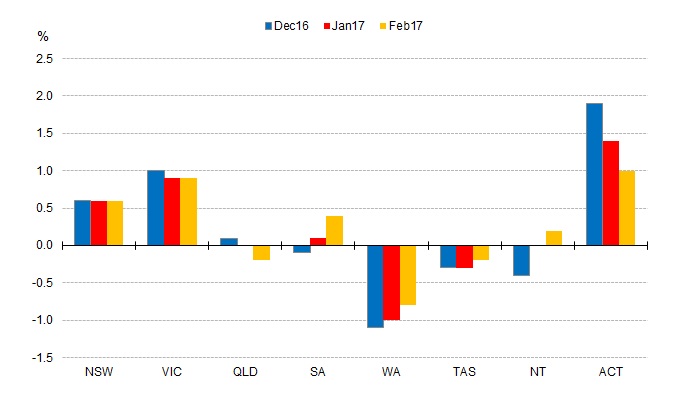 Trend estimates indicate the value of owner occupied housing finance commitments across South Australia rose by 0.3 per cent or $2.8 million in February 2017. The eastern states of Victoria and New South Wales experienced the strongest increases in the value of commitments for the month, up 1.1 and 0.5 per cent respectively. 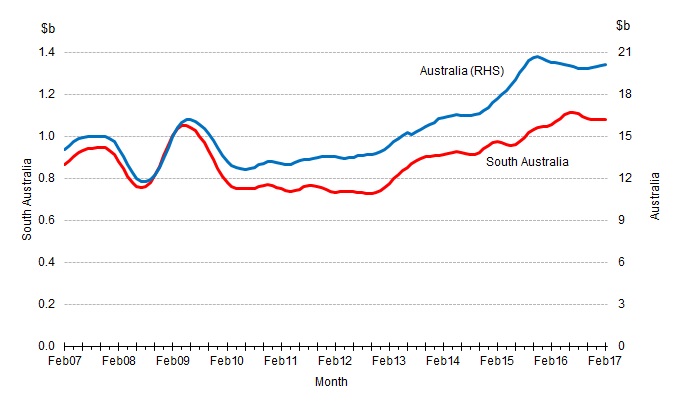 The share of national housing finance commitments allocated for investment purposes has steadily recovered over the past 12 months after falling sharply through 2015. Loans for investment purposes currently account for approximately 40 per cent of the value of all housing finance commitments – see Figure 3. The recent recovery resumes a longer term trend of strong investment demand in residential property, contributing to upward pressure on house prices, especially in Sydney and Melbourne, Australia’s two largest residential property markets. 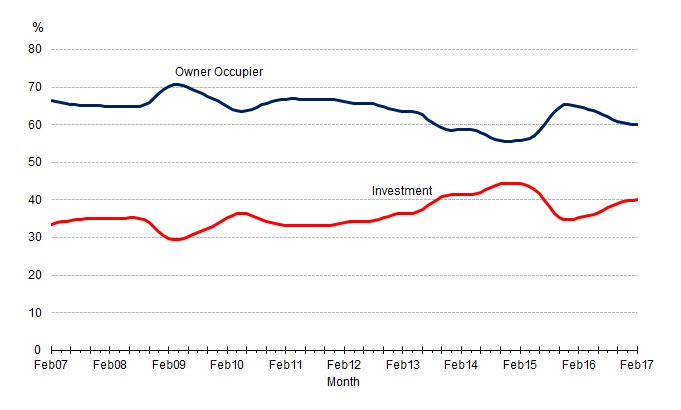 This entry was posted in Mark Trevithick and tagged Economic conditions, housing. Bookmark the permalink.