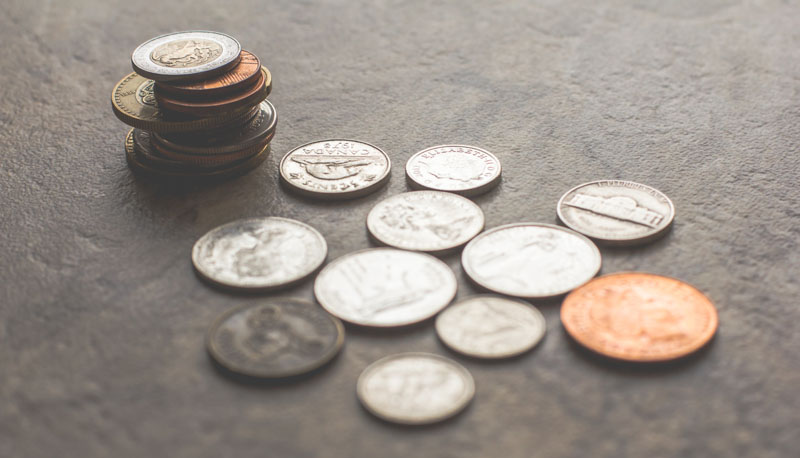 If the goal is to measure differences in wage price inflation, a better measure is the Wage Price Index (WPI), which is specifically designed by the ABS to measure how the “price” of wages and salaries changes over time. The WPI effectively holds the “quantity” and “quality” of labour constant over time, measuring changes in wages and salaries paid by employers for a unit of labour. (Further detail regarding differences between the WPI and AWE are provided by the ABS in this article.) 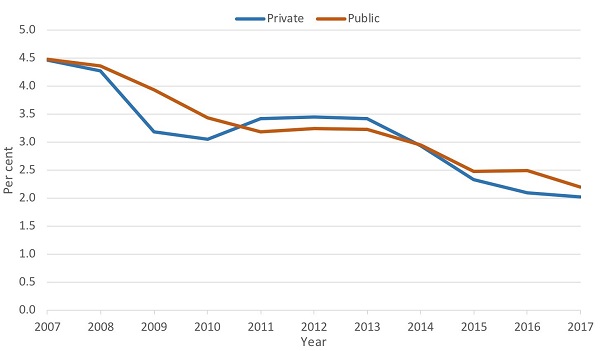 Looking at comparisons across individual states and territories, South Australia actually had one of the lowest public-private sector wage growth differentials over the 4 years to the 2017 calendar year. Only Tasmania and the Australian Capital Territory recorded relatively stronger growth in private sector wages compared to the public sector over this period.

In fact, the public-private sector wage growth differential is a long-term phenomenon. Over the 19 years to 2017 the WPI for the private sector in South Australia grew by 3.2 per cent per annum on average whereas for the public sector it grew by 3.5 per cent. The corresponding national figures are the same, with a high degree of similarity across states and territories, especially for private sector wages.

Perhaps the real interesting question to emerge from the comparison considered here is why has SA private sector wages held up so strongly against national trends despite much greater unemployment and underemployment? Normal demand-supply responses would suggest that wages would grow more slowly given excess labour supply in South Australia. This is ultimately a topic for further research, but some possible causes may include: