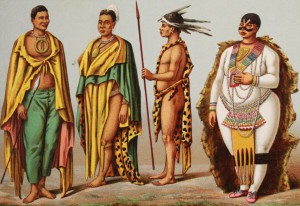 Albert Charles Auguste Racinet was born in France in 1825. He was a bold scholar-artist who initially trained under his father as a draftsman and lithographer before attending the great school of art, graphics and design – the École de Dessin in Paris. As a painter, he took part in the annual exhibitions of the Parisian salons between 1849 and 1874, showcasing his reproductions of ancient documents, archaeological subjects and projects for stained glass windows. A number of his paintings can still be seen today in The Municipal Museum of Art and History in Draguignan, France.

Although Racinet’s talent led him to teaching, he continued to participate in scholarly dictionaries and manuals, collaborating in the mid-1800s with renowned painter Ferdinand Seré on a project which would eventually become four volumes of Arts Somptuaires, Historie du costume de l’ameulement et des arts et industries qui s’y rattachent. His name also appeared on certain plates within the 1852 Costumes historiques de la France…, however, he was most famous for his own two essential works – Polychromatic Ornament… and Le Costume historique, the former a chromolithographic masterpiece comprising more than 2,000 motifs and patterns. 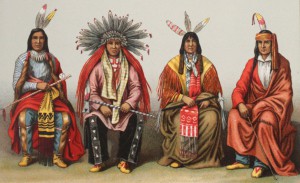 Le Costume historique was an ambitious publication. It was issued in several parts spanning almost ten years. It consisted of some 500 pictorial plates; 200 double- and treble-tinted lithographs and 300 full-colour chromolithographs. An encyclopaedic work, surveying costume through time, with an emphasis on traditional dress and its relation to local history, custom and social organisation, Le Costume historique is arguably the most famous of the 19th century books on dress. It was also the first fashion book to use colour lithography. Its minutely detailed drawings of costumes from around the world and its plates depicting historic furniture and interiors provide a wealth of information and its scale has never been equalled. For couturiers of the time, when costume balls were all the rage, Racinet’s work was a source of great inspiration. The famous couturier, Jean Phillipe Worth, found much to admire in the colour plates, designing stylish and fantastical evening wear around them. Fashion-journal editors, too, enthused over his work, in search of fancy dress ideas for the carnivals. 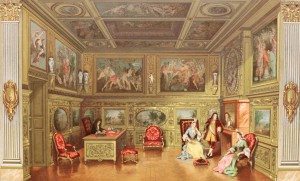 On the 5th August 1878, in acknowledgement of his outstanding career in scholarly art publishing, Racinet was named a Chevalier (Knight) de la Légion d’Honneur. His work is a veritable treasure-trove, covering more than 2,000 years of costume and offering us valuable insight into the applied arts and the changing notions of what constitutes a work of art.

The Library’s copy of Le Costume Historique…. (1877-1886) comprises one volume, mainly of explanatory text, and twenty “livraisons” or portfolios, each containing loose lithograph and chromolithograph plates. The Library also holds a copy of The complete costume history: from ancient times to the 19th century, which is a 2003 reprint of Racinet’s 1888 work. Both of these titles are available for viewing in Rare Books & Special Collections at 391.009 R121 (Theatre Oversize) and 391.009 R121c.S (Rare Books Oversize). 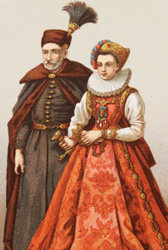 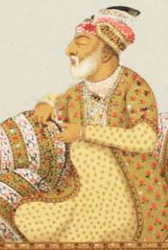 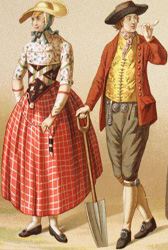 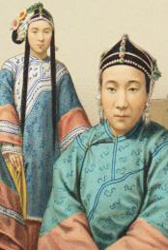 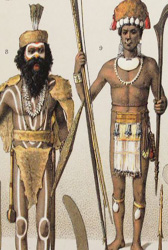 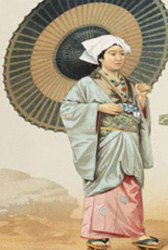