Phytologia, or, The philosophy of agriculture and gardening by Erasmus Darwin (1800) 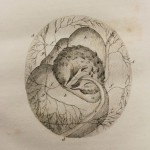 A respected scientist, doctor, inventor, poet and botanist, Erasmus Darwin was one of the leading intellectuals of eighteenth century England. He was born at Elston Hall, near Nottinghamshire, in 1731, the youngest of seven children, and educated at St John’s College, Cambridge before studying medicine at the University of Edinburgh. From 1756 he worked as a highly successful physician and even turned down an opportunity to be the personal physician of King George III. 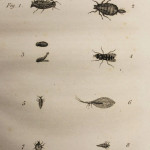 Erasmus Darwin enjoyed a remarkable array of interests. He was recognised as one of the leading poets of his day but it was his extraordinary scientific insight that led to his theories on biological evolution. These would later be proved by his grandson, Charles Darwin, in his influential work On the Origin of Species, in which the scientific theory of natural selection was first introduced.

Erasmus Darwin authored many works of note. In both A System of Vegetables (1783-85) and The Families of Plantes (1787), he coined many of the English names of plants that we use today.   Zoonomia, or, The Laws of Organic Life, arguably his most important scientific work, on pathology, anatomy and 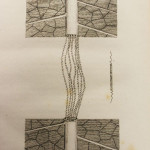 psychology, incorporated his early ideas on evolution whilst The Temple of Nature, Darwin’s last book, affirmed his belief that the most ancient myths embrace basic natural truths and can therefore be united with the world of science.

Phytologia is primarily an agricultural treatise dealing with such practical matters as manures, draining and watering of land, plant diseases and how to treat them, and reform of the Linnaean system of classification. It was published in 1800 at the behest of Sir John Sinclair, President of the London Board of Agriculture.

Phytologia is available for reading in Rare Books and Special Collections at RB 581 D2281p.

Citation: Phytologia, or, The philosophy of agriculture and gardening: with the theory of draining morasses, and with an improved construction of the drill plough / Erasmus Darwin; 1800