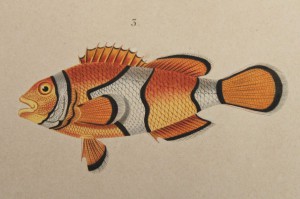 French naval officer and explorer Louis Duperrey was born in 1786. He joined the navy in 1803 and rose rapidly through the ranks, serving as Lieutenant on board Louis de Freycinet’s Uranie from 1817 to 1820. This expedition around the world saw Duperrey take charge of hydrographic activities and he produced valuable observations on the earth’s shape and on terrestrial magnetism, along with numerous charts.

Upon his return, Duperrey presented a proposal for a new circumnavigation to the Minister of Marine, the Marquis de Clermont Tonnerre. The aims of the expedition were to be both scientific (including studies of terrestrial magnetism and meteorology) as well as geographic, with a particular focus on confirming or potentially correcting the position of islands and landmarks essential to safe navigation.

To accomplish this mission Duperrey was given command of La Coquille (The Shell) and on the 11th August 1822 he departed Toulon, embarking on what would become a three-year expedition through the Pacific Islands and South America. Joining him on board were two naturalists, both also the ship’s surgeons, Prosper Garnot and René Primevère Lesson, plus his colleague and assistant commander, the botanist Jules Dumont d’Urville. They sailed along the coast of South America as far as Paita, Peru, and then headed west through the Tuamotus to Tahiti, before continuing on through the Society, Friendly (Tonga), and Fiji Islands. Although they were bound for Australia, dangerous weather conditions forced them northwest, and they passed the Santa Cruz and Solomon Islands before landing at Louis de Bougainville’s Port Praslin, New Britain. From there Coquille continued across the top of New Guinea, eventually making its way to the west and south coasts of Australia and to New Zealand by April 1824. It also passed through the Gilbert and Ellice Islands and the British island of Mauritius before finally docking in Marseilles in March 1825. 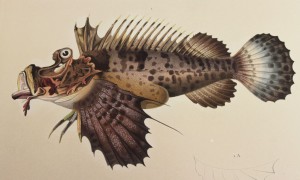 Along the way, Duperrey and his crew had discovered a number of undocumented islands, prepared charts of little-known areas of the South Pacific (especially in the Caroline Archipelago), studied ocean currents and gathered new data on geomagnetic and meteorological phenomena. They had also amassed a staggering collection of unknown plants and animals, especially from New Guinea, including birds of paradise, bower birds, marsupials and a variety of fish and invertebrates for the Muséum d’Histoire Naturelle.

Upon his return in 1825, Duperrey set about the task of publishing the results of his expedition in Voyage autour du monde, exécuté par ordre du Roi, sur la corvette de Sa Majesté, la Coquille, pendant les années 1822, 1823, 1824 et 1825... It was a massive project, culminating in a total of nine volumes, plus four large atlases of plates and maps. French naturalist and talented draftsman, René Primevère Lesson, sampled and drew all of the animals during the voyage, with many of his drawings later utilised as models by the engraver (J. D. Coutant) and the artists (J.G. Prêtre and A. Bévalet) in preparation of the hand-coloured illustrations for the Zoological section of the set.

The Library holds two narrative volumes and two atlases from the set. These can be viewed in Rare Books & Special Collections at RB 591.92 L64 and RB/E 591.92 L64a. 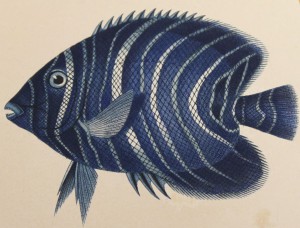 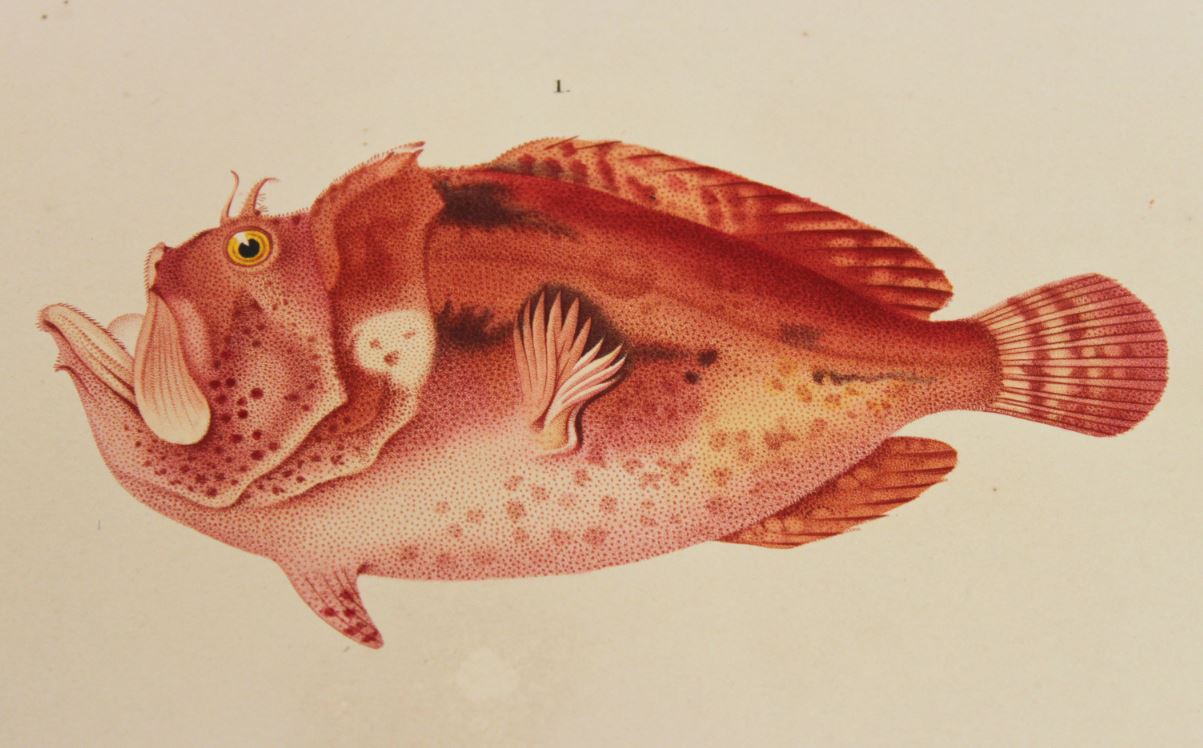 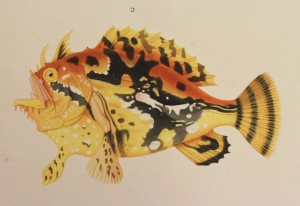 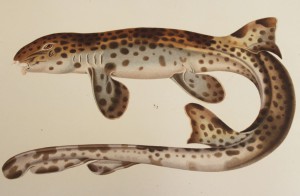 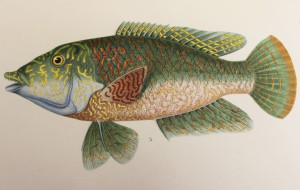 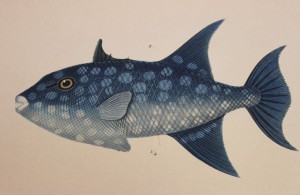 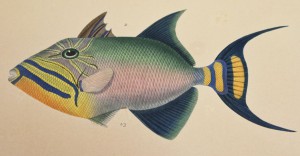 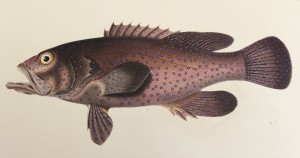