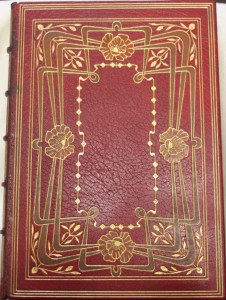 Bramley, born in Yorkshire in 1833, studied at Oriel College, Oxford and in 1857 was made a fellow of Magdalen College, Oxford.  He was ordained deacon in 1856 and priest in 1858 and served as Canon and Precentor of the magnificent Lincoln Cathedral from 1895 to 1905.  He met English composer and organist Sir John Stainer in 1860 when the latter was appointed organist at Magdalen College.  The eighth of nine children, Stainer was born in Southwark, London in 1840 and became chorister at St Paul’s Cathedral at just 10.  He also received organ lessons at St. Sepulchre’s Church in Holborn from George Cooper, the assistant organist at St Paul’s.  He was a talented student and by the age of 16 had landed a post as organist at the newly founded St. Michael’s College in Tenbury.

It was here that Bramley first met Stainer in 1860 when the composer was appointed organist at the College.  Together they published Christmas Carols, New and Old in 1867. It contained 20 carols, including ‘God Rest You Merry, Gentlemen’, ‘Jacob’s Ladder’ and ‘When Christ was Born of Mary Free’.  A second series of 22 carols was published in 1871, followed by a third series of 28 in 1878, bringing the total collection to 70 carols.  As textual editor, Bramley contributed new Latin translations and original verses to the publication, whilst Stainer wrote the music, including a number of new arrangements. The editions were well received by the British public, with various parts of the series reprinted as recently as 1950. In fact, Percy Dearmer, in writing the preface for The Oxford Book of Carols, suggested the books were largely responsible for the 19th century Victorian revival of the Christmas carol. 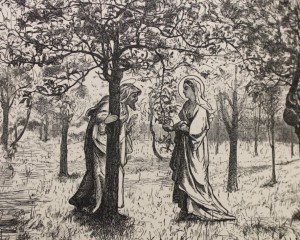 Christmas Carols was not only a commercial success but an artistic one thanks to the brothers Dalziel.  Edward and George Dalziel, joined later by brothers John and Thomas, were the leading Victorian wood-engravers, producing blocks with their own designs as well as those of renowned artists such as Dante Gabriel Rossetti and John Everett Millais.  Established in 1839, their firm remained pre-eminent in the trade until the advent of photo-mechanical processes in the late 1800s, producing illustrations for Jean Ingelow’s Poems, Bunyan’s Pilgrim’s Progress and for their own edition of Arabian Nights.  Arguably the most important commission they received was the production of the illustrations for the Chapman & Hall ‘Household Edition’ of the Works of Charles Dickens, published in serial format from 1871 to 1879.  It was prolifically illustrated in much the same way as Christmas Carols, the latter with more than 40 engravings, many by the Dalziel brothers, and each beautifully depicting hymnal content. 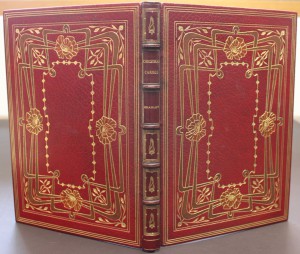 The Library’s copy of Christmas Carols is particularly noteworthy. A custom “Stikeman & Co.” design binding, it is a fine example of early 20th century artisanship. Bound in full red, lightly crushed Levant (goat skin), its elaborate gilt cover decoration initially appears to be hand-tooled. On closer inspection, however, the tell-tale signs of hand-tooling are evident only in the cover’s outer border. Comprising three straight rules, created using a heated brass finishing roll with a line around its circumference, the border lacks the depth of impression and precision typically associated with a blocked design. The cover’s inner design, however, incorporating all of the flowers, leaves and decorative panels (many with additional brown and orange onlaid leather), would likely have been drawn first by hand on paper, with a steel die later cast from the pattern. The final metal block, with its design usually etched with a strong acid or perhaps engraved, would then be locked into the blocking press, where, under heat and pressure, the entire pattern would be pressed or stamped (in one motion) into the leather covered boards – one side at a time. A sheet of gold foil would then be added to the blocking press, where the process was repeated to fill the impressed areas, essentially creating the gilt border around each decoration. Similar to other Stikeman bindings, Christmas Carols, also sports hand-tooled decorative gilt compartments to its spine, gilding to the top edge of its textblock and hand-sewn headbands, most likely silk threads over cane. 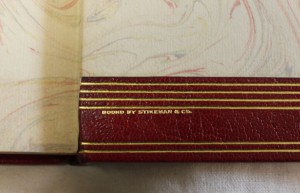 Inside the book, the boards have wide dentelles (leather turn-ins) with six gilt rules to each edge.  The corner embellishments, similar to those on the cover, are built up from a set of stamps with each curl, scroll, dot and fleuron representing a single tool impression.  They border the finest of marbled endpapers with the “Stikeman & Co” stamp impressed in impossibly small gilt to the rear leather turn-in.

The binding most likely dates from 1910-1915. As such, it is unlikely to be the work of Henry Stikeman himself but that of another highly skilled bookbinder within the Stikeman & Co. firm. For this information, and the detail about the Christmas Carols cover design, Rare Books & Special Collections would like to acknowledge and thank Jeff Stikeman for his valuable contribution.  For those interested in learning more about Henry Stikeman and the fabulous bindings produced by his firm, visit the excellent blog created by Jeff Stikeman where the history of the company is explored and book cover design is discussed in amazing detail.1

Christmas Carols, New and Old was purchased in September 2015 from the Ben Hutchison bequest and is available for viewing in Rare Books & Special Collections at RB 782.28 B8155c 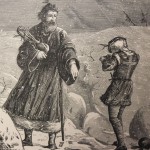 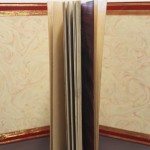 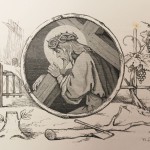 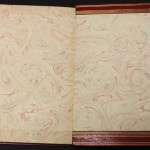 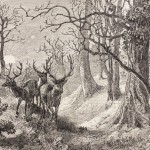 ‘The Holly and the Ivy’. Engraved by J.B. Zwecker 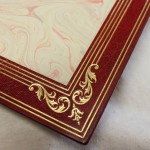