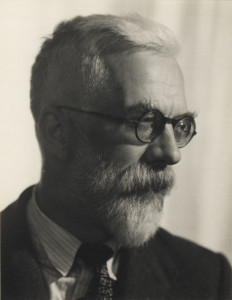 A statistician, biologist and geneticist, R.A. Fisher was born in England on the 17th of February 1890. Fisher had a highly successful career for which he became known as “the father of modern statistics” as well as “the greatest biologist since Darwin.” During his lifetime he founded over a dozen theories and methods relating to eugenics, genetics and statistics.

R.A. Fisher’s extraordinary contributions to statistical theory and methods, experimental design, scientific inference, evolutionary biology and genetics have had far-reaching consequences in many branches of human thought and endeavour. The achievements of this marvellously gifted, energetic and productive scientist have attracted continuing attention, not only for his seven books and several hundred papers (published in more than 80 different journals) but also for his scientific correspondence with its thought-provoking content and ideas for further development. 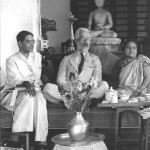 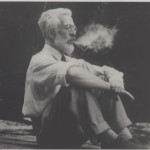 After the death of this remarkable scientist in Adelaide on 29 July 1962, the editing of his Collected Papers was undertaken by J.H. Bennett, then Professor of Genetics at the University of Adelaide; a former student, research assistant, colleague and friend of Fisher at Cambridge and closely associated with him after Fisher came to Adelaide in 1959 on a visit to the CSIRO Division of Mathematical Statistics.

Fisher’s archives were deposited with the Special Collections of the Barr Smith Library by Professor Bennett in 1981, and subsequently attracted many research enquiries from within Australia and overseas. In 2000 the Library undertook to progressively digitise selections from Fisher’s published and unpublished work in order to further publicise his scientific contributions and make his work more readily available to users beyond Adelaide. You can see the full listing of the contents of his papers on our website. 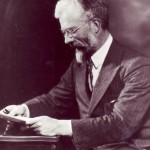 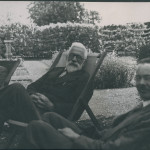 Fisher with Colleagues from Cambridge, 1952

Much of Fisher’s correspondence and other writings are now available online through the R.A. Fisher Digital Archive 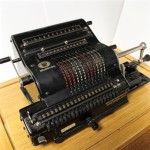 Calculating Machine believed to have been used by Fisher at C.S.R.I.O Adelaide 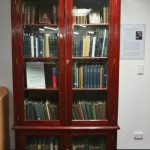 This entry was posted in Barr Smith Library, Manuscripts and Collections and tagged R.A. Fisher. Bookmark the permalink.