The Orchid paintings of Rosa Fiveash

Born in North Adelaide, Fiveash was first taught art by Miss Annie Bentham, a painter of birds and flowers, and later studied at the Adelaide School of Art and Design from 1881 to 1888, specialising in the painting of Australian flora.

Despite the lack of formal recognition during her lifetime, Rosa Fiveash is regarded as one of the foremost Australian botanical artists of her day. She also painted illuminated addresses and pioneered china-painting in Adelaide, attending to all stages of the process including the firing. Fiveash’s drawings, both beautiful and meticulously accurate, were highly sought after. Her talent for accuracy was well known to South Australia’s foremost natural historians, and she received a number of commissions, particularly to illustrate scientific papers.

Apart from two years overseas, Rosa lived all her life in the family home in North Adelaide with her sister.  They were both unmarried and devout Anglicans.  Rosa worked steadily until failing eyesight supervened four years before she died on 13 February 1938, and was buried in the West Terrace Cemetery in Adelaide.

Rare Books & Special Collections of the Barr Smith Library holds 8 albums of Fiveash’s original orchid paintings undertaken for Dr. Richard S. Rogers, orchidologist and physician. These scientifically accurate paintings were a result of a thirty year collaboration between Rosa Fiveash and Rogers. Fiveash was so meticulous that she would wait for weeks for a rare orchid bud to open fully before recording it.

Rogers reportedly described her as the foremost Australian botanical artist of her day; this was high praise, as despite being well-known, her scientific illustrations had been rarely acknowledged in her lifetime.

The magnificent set of Orchid Paintings was bequeathed to the University of Adelaide library by Rogers along with his other materials on orchids. Other stunning examples of Rosa’s work can be found at the State Library of South Australia, the South Australian Museum, the Art Gallery of SA and the Adelaide Botanic Gardens.

Several volumes of this set are currently on display as part of the SALA Festival, accompanying an exhibition of objects by the internationally recognised Adelaide based artist Angela Valamanesh, inspired by works held in Rare Books & Special Collections. The exhibition runs from August 20th – October 1st and can be found on level 1 of the Barr Smith Library. 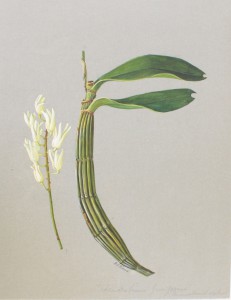 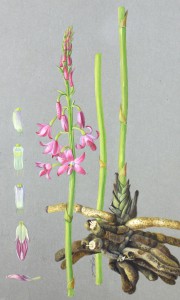 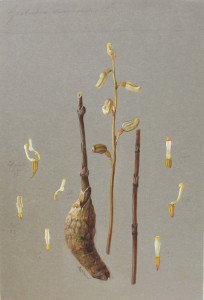 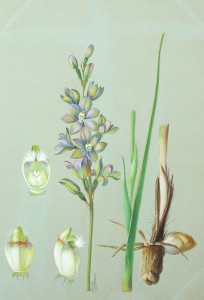 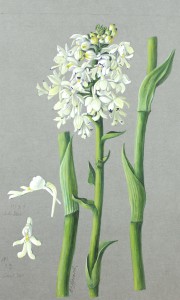 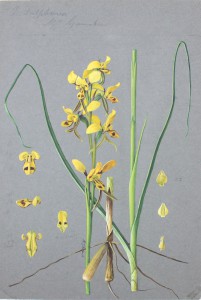 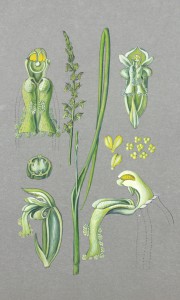 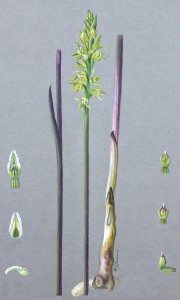 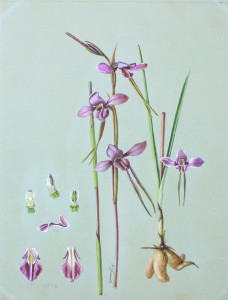