Mustaches of the University of Adelaide

Last month people around Australia were raising money for the Movember Foundation who are working to support Men’s Health. We thought it would be a good time to team up with University Archives to explore some of the fantastic facial hair of The University of Adelaide. The following were shared on our Facebook and Instagram accounts each week in November.

We’re started off the month with one of the most generous donors in the library’s history – Sir Samuel James Way! Sir Samuel served in many prominent roles in South Australia, including serving as University of Adelaide’s Vice-Chancellor (1876) and later Chancellor (1883-1916). After Way’s death, the library received a bequest of over 16,000 books, many of which are Rare Books & Special Collections’ most magnificent books.

Our second trip down mustache memory lane for Movember featured Charles Todd. Todd was an astronomer, meteorologist and electrical engineer, became Postmaster-General of South Australia in 1866 and served on the University of Adelaide Council. Our collection holds several books that once belonged to Charles Todd, including one presented to him by the Order of the Syndicate of the Cambridge Observatory while he was a Junior Assistant at the Observatory 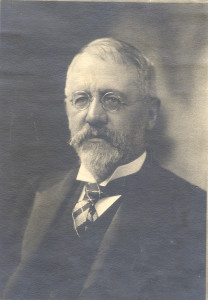 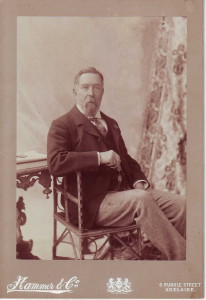 The third pick from University Archives for Movember was a quartet of marvelous mustaches featuring Sir Charles Todd (Postmaster General of SA), Sir John Langdon Bonython, John Anderson Hartley (Inspector of General Schools), John Walter Tyas (Registrar of the University) In addition to the books previously owned by Todd, we also have the Wilson/Bonython collection. The collection represents the reading interests over many decades of two Adelaide old establishment families, Wilson and Bonython. The books included popular fiction and science, new women novels, and books on royalty, travel and social etiquette. 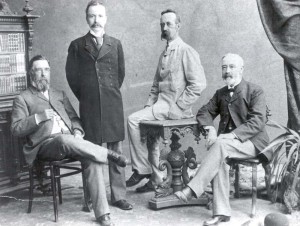 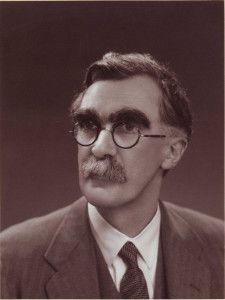 You can find more fantastic pictures of The University of Adelaide’s staff and buildings throughout history in the University Archives Digital Archive at http://ow.ly/g7Rx50f1YME