Rural Architecture in the Chinese Taste. William and John Halfpenny (1755) 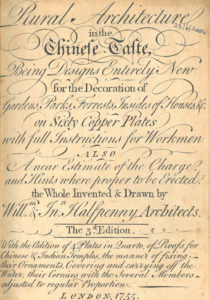 Written by the father and son team, William and John Halfpenny, Rural Architecture in the Chinese taste is a beautifully illustrated 18th century instruction or pattern book, designed to assist those erecting Chinese structures in regional areas.

Of William Halfpenny’s personal life very little is known.  His earliest paid work was for a 1723 design for Holy Trinity Church in Leeds, which was never executed.  His first published book, Practical Architecture (c1724) included a dedication to the son of Yorkshireman Sir Thomas Frankland of Thirsk, suggesting Halfpenny, himself, may have come from the Yorkshire area.  He was also known to write under a pseudonym, his 1728 The builder’s pocket-companion published under the name Michael Hoare.  He reportedly spent much of his early career in Richmond, Surrey, working as a carpenter, where numerous local craftsmen subscribed to his second book, The art of sound building (1725). 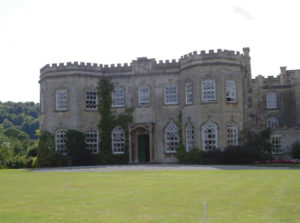 Halfpenny never really found the same support for his actual architectural designs as he did for his books.  Certainly, a number of impressive buildings in Bristol and around south Gloucestershire have been attributed to him based on similarities with his pattern book designs, such as Stout’s Hill, Uley and the orangery at Frampton Court Estate.  However, it was his prolific writing, particularly in the latter part of his life that attracted people to Halfpenny’s designs.  He frequently collaborated with his son, John Halfpenny, and during the last six years of William’s life they produced a new book, or a new edition of a previous one, every year.  Some of his most recognised works include The art of sound building (1725, 2nd ed.) and A new and complete system of architecture delineated (1749). 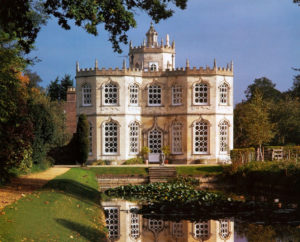 The majority of Halfpenny’s works dealt with domestic architecture and consisted of designs for farmhouses, country houses, parsonages and garden ornaments, particularly in the Chinese, Gothic and rustic styles, all of which enjoyed great popularity in the mid-1700s.  Many of his latter publications were affordable pattern books which included dimensions and estimates intended to assist with construction of everything from bridges to garden seats.  At times, they showcased Chinoiserie designs which bordered on the comical, and yet, the books were innovative and enormously successful.  It seemed everyone wanted to know just how to erect rural buildings in the latest fashion and at minimal cost.

New designs for Chinese temples (1750-2), Rural architecture in the Gothick taste (1752) and Chinese and Gothic architecture properly ornamented (1752), together with Twelve beautiful designs for farm-houses (1750) and The country gentleman’s pocket companion (1753) created quite a name for Halfpenny.  Published a couple of years before the works of Thomas Chippendale and William Chambers, they were historically significant too, for they cast doubt upon the commonly-held belief that these designers were the first to introduce Chinese taste into the U.K. 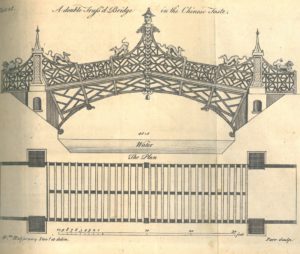 Rural architecture in the Chinese taste is a typical example of a Halfpenny pattern book.   In its preface William describes it purpose: “The art of designing architecture is not confined to any particular Taste or Country, more than justly observing a graceful Symmetry, and an exact Proportion thorough the whole.  And the Chinese Manner of Building being introduced here with Success, the few following Essays are an Attempt to rescue those agreeable Decorations from the many bad consequences usually attending such slight structures, when unskilfully erected: Which must often unavoidably happen at a Distance from this Metropolis, without such Helps as, I flatter myself, the Workmen will here find laid down…” 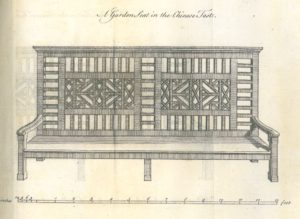 Halfpenny then divides the book into four parts.  The first, “Of rural buildings in the Chinese taste for temples, triumphal arches, garden seats, palings &c.”, includes fourteen copper plate illustrations of complex parallelogram hatch palings; alcove seats and summer and banqueting houses, amongst others.  The second part continues in this theme, with a further fourteen illustrations, many of these on large folding plates, of temples, triumphant arches, termini (pillar-like forms with a human bust and head) and bridges.  The third part, “New designs for Chinese doors, windows, piers, pilasters, garden seats, green-houses, summer-houses, &c.”, contains sixteen copper plate illustrations of ornate double doors as well as plans and elevations for some of the most ornate green houses in the Chinese taste.  Part four consists of the final sixteen plates which depict gates, palisades, staircases, chimney-pieces, chairs and ceilings, amongst others.  Importantly, all of the plates include “full instructions to the workmen” and equally beneficial – “a near estimate of their charge” and “hints where, with most advantage, to be erected.”

All of this from a man who, supposedly, had never visited China! 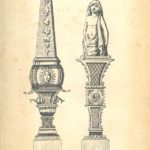 Plate 23: “Elevations of Termini’s for Short Recesses in rural Plantations” 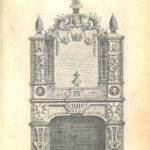 Plate 25: “Designs for Chimney Pieces in the Chinese Taste.” 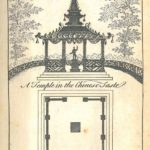 Plate 18: “Plan and Elevation of an open Temple, supported by square Pillars… “. 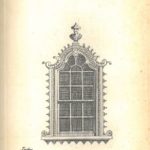 Plate 32: “A Window decorated in the Chinese manner.” 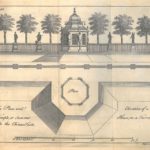 Plate 44: “An Octogon Summer-House most suitable to be placed on an Eminence which commands a good Prospect.” 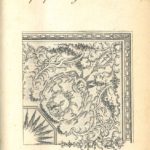 Plate 60: “A Quarter piece for a Ceiling in the Chinese Taste.”

Rural architecture in the Chinese taste : being designs entirely new for the decoration of gardens, parks, forrests [sic], insides of houses &c. on sixty copper plates with full instructions for workmen: also a near estimate of the charge, and hints where proper to be erected / the whole invented and drawn by Will’m & Jn’n Halfpenny, Architects. William Halfpenny, John Halfpenny, London: Printed for Rob’t Sayer, 1755