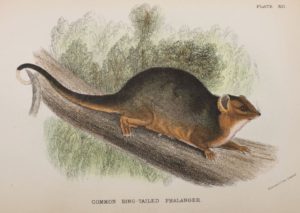 Born in 1849, naturalist and geologist Richard Lydekker was educated at Trinity College, Cambridge, where he earned second place in the first class ‘Natural Science Tripos’ of 1871.  Three years later he joined the Geological Survey of India, one of the oldest government organisations in the world responsible for conducting geological surveys and presenting earth science information to government, industry and the general public.  He spent much of 1877 exploring the mountains north and south of Kashmir, and undertook the arrangement and description of an extensive series of tertiary vertebrate fossils.  Lydekker remained in this post until 1882, with the results of his work on the Siwalik palaeofauna published in Palaeontologia Idica. 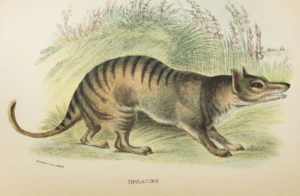 Although widely known as a naturalist, he was influential in the science of biogeography too.  In 1895 he delineated the biogeographical boundary through Indonesia, now known as Lydekker’s Line, which separates the eastern edge of Wallacea on the west from Australia-New Guinea on the east.  The Line essentially defines the easternmost extension of oriental animals into the new zone of mixing between the Oriental and Australian faunal regions.  The corresponding western limit of the zone is known as Wallace’s line, and marks the maximum extent of marsupials in that direction. 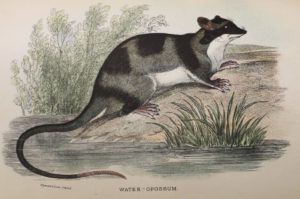 His scientific activities carried on well into his later years of life, during which he catalogued in ten volumes the fossil mammals, birds and reptiles housed in the British Museum, collaborated with Sir William Henry Flower in eight volumes of The Royal Natural History (1893-1896) and co-authored, with Henry Alleyne Nicholson, A manual of palaeontology (1889).  He wrote a number of articles for Encyclopaedia Britannica and produced three titles for Allen’s Naturalist’s Library, one of which was the 1894 A hand-book to the marsupialia and monotremata.  He also produced books on horses, sheep, whales, deer, oxen, goats, porpoises and dolphins, and in 1902 was awarded the Lyell Medal from the Geological Society of London for his extensive contribution to science. 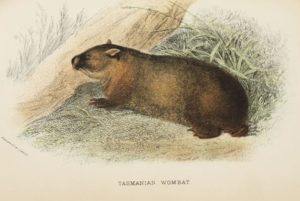 A hand-book to the marsupialia and monotremata is one of Lydekker’s earlier works.  Comprising 302 pages, it was much more affordable and readily available than Gould’s Mammals of Australia and provided a scientific, yet popular, account of Australian mammals.  Lydekker, in the book’s introduction, modestly describes its contents as little more than an abridgement of Oldfield Thomas’s Catalogue of the marsupialia and monotremata in the collection of the British Museum.  Yet, Lydekker’s hand-book included descriptions of several new species, such as the Marsupial Mole, which represented a type of the Order previously unknown.  Its plates also warrant a mention, for each one was particularly well-coloured from actual specimens held in the British Museum.

Part of the Allen’s Naturalist’s Library series, this beautiful 19th century handbook was one of the first to be restored under the Library’s Adopt-a-Book program in 2013.  To learn more about its conservation visit the condition report, where you will also find some interesting ‘before’ and ‘after’ photographs. 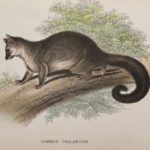 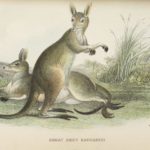 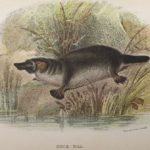