Mary Ethel and Hilda Josephine: the other Floreys

University of Adelaide graduate and Nobel laureate, Howard Florey, is often called one of the greatest Australians who ever lived due to his ground-breaking research into penicillin. However, there were two other Floreys with distinguished medical and scientific careers – his older sister, Hilda, and his wife, Ethel.

Hilda Josephine Florey was born in 1890 at Malvern, South Australia. After leaving Miss Thornber’s School for Girls, she entered the University of Adelaide in 1908, and graduated MBBS in 1912. Her undergraduate course was outstanding as she rated in the top percentile in her course for four of the five years, including the final year. 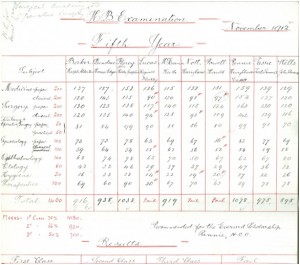 Between 1913 and 1917 she held resident appointments at the Adelaide Hospital, the Adelaide Children’s Hospital, and the Women’s Hospital, Melbourne. In 1917 she married Dr John Forrest Gardner, who she’d met at University and was then practising in Richmond, Victoria. 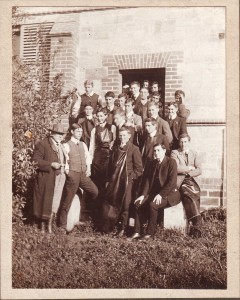 After her husband’s death in 1928, Dr Gardner joined the staff of the Melbourne Hospital as assistant bacteriologist, a position she occupied until 1934, when she was appointed bacteriologist and serologist to the Royal Melbourne Hospital. In 1951 she was awarded an honorary fellowship by the Royal Australasian College of Physicians in recognition of her distinguished service to Australian medicine.

Mary Ethel Hayter Reed was born on 1 October 1900 in Stanmore, Sydney. The family moved to Adelaide where she was educated at Tormore House School, and then attended the University of Adelaide, achieving an MBBS in 1924 and MD (in absentia) in 1950.

While a student at the University, she met Howard Florey. He was awarded a Rhodes Scholarship and sailed for England in 1921. At the University of Oxford, he studied in the Honour School of Physiology, transferred to the University of Cambridge in 1924, spent ten months (1925-26) in the United States of America, and then returned to work in London. After a prolonged correspondence Ethel joined him in London and they were married on 19 October 1926 at Holy Trinity parish church, Paddington. 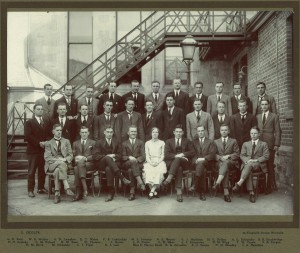 She worked with the Oxford Regional Blood Transfusion Service in 1939-41, then took part in clinical trials of penicillin conducted at the Radcliffe Infirmary, military hospitals and the Birmingham Accident Hospital. Ethel was an extremely determined woman and from 1939 led an active professional life. After collaborating with her husband in the book, Antibiotics, she published under her own name a companion work, The Clinical Application of Antibiotics (London), in four volumes: the first (1952) dealt with penicillin, the succeeding three (1957-61) with other antibiotics. This was a remarkable achievement because she was plagued by ill health for most of her life and was also partially deaf.

This entry was posted in Students / graduates and tagged Lord Florey, Women Students. Bookmark the permalink.