University Sporting Colours: Why ‘The Blacks’?

Many University sporting teams have adopted the moniker of ‘The Blacks’.  This refers to the University’s team colours of black and white, the origin of which is not clear. Photographs of University teams from the 1890s, show fairly conclusively that black and white was used from the outset. 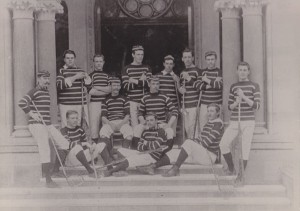 They were certainly adopted by the Sports Association at its formation in 1896. The most likely connection is with the state symbol of the white-backed magpie, which is included on the original Association crest. 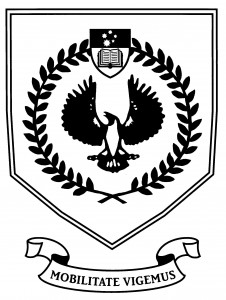 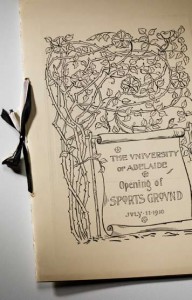 Today, ‘The Blacks’ is a name that engenders great pride in the University sporting community.  Many clubs were foundation members of their respective state associations or leagues and for some their success is legendary.  The Adelaide University Football Club, for example, is the only club to have been represented at A1 level in every year the South Australian Amateur Football League (SAAFL) has operated, and in the 1960s it was the largest football club in Australia. 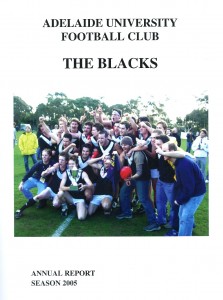 This entry was posted in Sports / clubs and tagged Sports Association, The Blacks. Bookmark the permalink.