The University Archives holds an interesting collection of photographs accumulated by the Adelaide Teachers College. Generations of primary and secondary teachers were schooled in this institution, which originated in 1876 as the Teachers Training School. A summary of its changes of name and location can be found here.

Series 838 – Adelaide Teachers College Photographs and Newscuttings is by no means a comprehensive pictorial history of the College – more of a scrapbook.   Nonetheless it contains some wonderful images including these, circa 1885 and 1905 respectively: 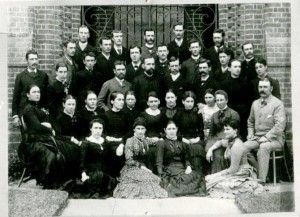 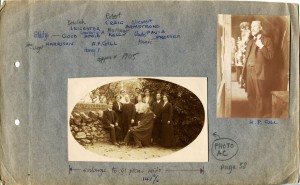 Between 1921 and 1927 the Teachers College was located in the old Police Barracks, behind the Museum. The mid-twenties, however, saw the construction on Kintore Avenue of a beautiful Mission style building for the College. Known now as the Hartley Building after influential early educationalist John Hartley, the newly completed College is captured in these shots: 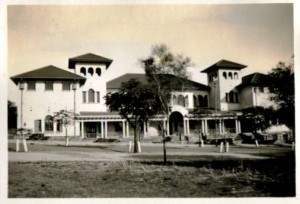 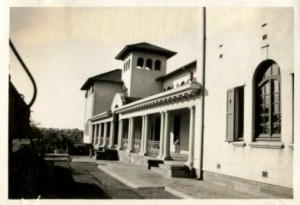 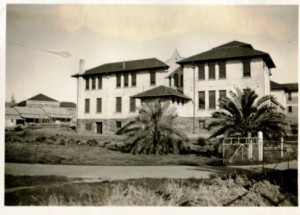 We also have these snaps from the ‘thirties – likely taken on a box Brownie camera or similar – of student hockey and basketball teams. The last, a young man with a loud hailer, is captioned ‘an enthusiastic cheerleader’, suggesting the influence of American culture long before television. At the same time the College houses and sporting teams were known as ‘Athens’ and ‘Sparta’, reflecting perhaps an enduring strain of classical education in the secondary and tertiary curricula of the time: 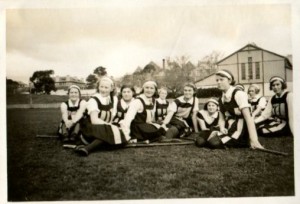 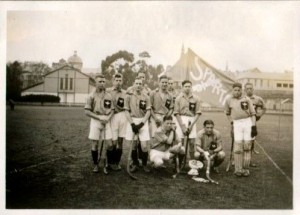 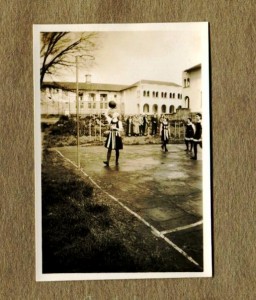 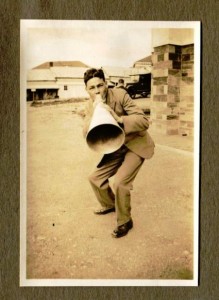 From the early 1950s there is this sweet, slightly self-conscious photo of students in  the Teachers College common room. It all looks very civilized with records being played, books read, and women doing needlework: 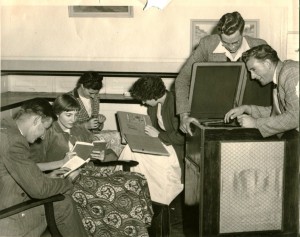 Lastly, two Adelaide street scenes: one a magnificent image of a figure outside the long gone Exhibition Building on North Terrace, another from a set of photographs taken around Rundle Street in the early 1970s. They’re not necessarily directly connected to the Teachers College (archival collections sometimes contain such oddities, the origins of or rationale for inclusion having been lost), but are interesting nonetheless: 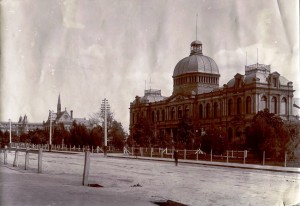 Exhibition Building with University and Museum in background, circa 1890. 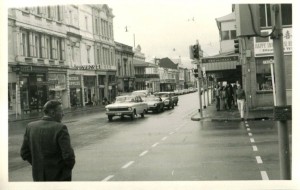 A list of the numerous series that make up the University Archives’ significant collection of records related to the Adelaide Teachers College in it’s various forms can be found here.